Dr. King’s Dream and the Life of the Unborn 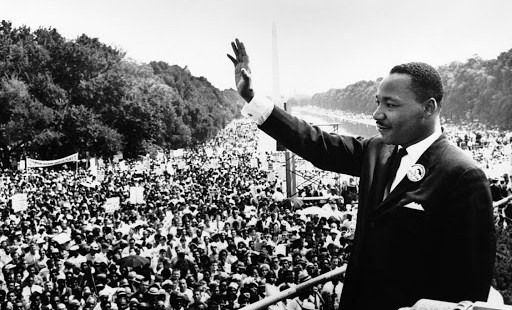 Today marks the 50th anniversary of the March on Washington for Jobs and Freedom, also known as the "Great March on Washington" for racial equality. The estimated 200,000-300,000 participates, 70-80% black, listened to a range of speakers, among them the great Martin Luther King Jr. who delivered his famous "I Have a Dream" speech from the steps of the Lincoln memorial. The march is credited with having helped to pass the Civil Rights Act of 1964 and the Voting Rights Act of 1965.

We asked our Aleteia Experts what they thought of the legacy of the march and Dr. King's famous speech.

"Dr. King's dream was an America where every person was treated with equal dignity, respect, and honor," says Peggy Hartshorn, president of Heartbeat International. "Fifty years later, Dr. King's dream is still very much a work in process, particularly for our most vulnerable citizens–women facing unexpected pregnancies and their precious, unborn children"

"Fifty years after the March on Washington, and 40 years after Roe v. Wade, Heartbeat International and our worldwide network of 1,800 life-affirming pregnancy help locations work hand-in-hand to keep Dr. King's dream alive. Until we see the day where abortion is unwanted and unthinkable for generations to come, Dr. King’s avowal, 'Injustice anywhere is a threat to justice everywhere' is still a dream deferred."

Fr. Frank Pavone, National Director of Priests for Life and other pro-life organizations, also connects the Civil Rights movement to the pro-life movement. "As the director of the ministry that employs Dr. Alveda King, niece of Martin Luther King, Jr., I have had many opportunities to look forward to this anniversary with her and her family."

"The moment is important because the dream, as the Prophet Habakkuk declares, still has its time; it presses forward and will not disappoint. In the work Alveda and I do together, that is especially clear as people become more and more aware of the rights of the youngest children – those living in the womb – and take a stand against the violence of abortion which destroys them."

Fr. Pavone points to a statement titled “The Beloved Community and the Unborn," signed by Alveda King, her mom Naomi King (Dr. King's sister-in-law), Alveda's brother Rev. Derek King, the great great granddaughter of Dred Scott, Lynne M. Jackson, and the great granddaughter of Booker T. Washington, Gloria Y. Jackson. The statement, which says that Dr. King's work for the recognition of the dignity and sacredness of all human life includes protecting the unborn, was read by Naomi King in the US Capitol building two years ago on the morning of the annual March for Life. Fr. Pavone says "the statement was also placed in the time capsule that the King Family placed beneath the new monument to Dr. King in Washington DC."

Margaret H. (Peggy) Hartshorn has served as President of Heartbeat International since 1993. Peggy was a college English professor for twenty years at Franklin University in Columbus, Ohio.