Riding the Coattails of Harry Potter 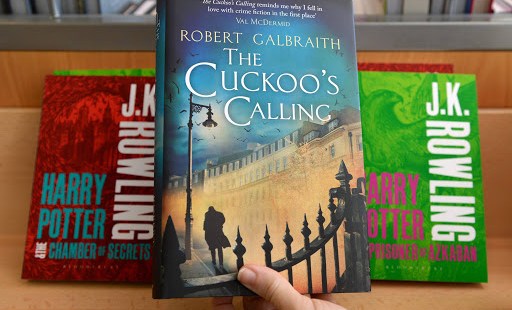 After the critical disaster of “Casual Vacancy,” J.K. Rowling’s first attempt at adult-oriented fiction, fans of the author of the Harry Potter series can loosen up a little; “The Cuckoo’s Calling” is not awful.

After the critical disaster of Casual Vacancy, J.K. Rowling’s first attempt at adult-oriented fiction, fans of the author of the Harry Potter series can loosen up a little; The Cuckoo’s Calling is not awful. It is not great, either, and it remains questionable whether it, like Casual Vacancy would have been published in its current form (or at all) if it had been written by a non-celebrity.

Nevertheless, the new novel—a work of private-detective fiction in the spirit of American noir—is tolerably done, stocked with colourful characters, a darkly comedic atmosphere, and a buoyant sense of justice. It will prove especially enjoyable for those honest admirers of Rowling whose love for her children’s books did not blind them to Casual Vacancy’s crippling flaws, and who began to view her foray into adult fiction in the same light as Michael Jordan’s professional baseball career.

Many authors have tried, but very few are truly successful when it comes to writing for both children and adults—C.S. Lewis and Mervyn Peake come to mind—and it is difficult to be supportive of an author who, at any moment, could make at least a hundred million dollars simply by declaring that a new Harry Potter is forthcoming. Nonetheless, The Cuckoo’s Calling is half-decent, certainly miles above Casual Vacancy, and will appeal especially to those adults whose tastes in literature, for reasons of style or content, tend toward Young Adult.

The novel begins with a crime scene—a British supermodel dead in the snow at the foot of her apartment building—and an official ruling of suicide. Case closed, mystery begun. Three months later, we follow Robin Ellacott, a young temp, to her next gig in the office of Cormoran Strike, a down-and-out private detective, veteran of the Afghan War, and recently damaged goods in the relationship department. Unaware Robin is there, Strike nearly knocks her down the stairwell with his door, and saves her only by grabbing her breast. It is a fitting start to their awkward but affectionate relationship.

Five minutes later, Robin announces the arrival of a client—“a what?” Strike has to ask—and the brother of the dead supermodel arrives. He hires Strike to investigate the death as a potential murder, launching the long series of interviews, conversations, and self-exorcisms which make up A Cuckoo’s Calling. By the time it is over, Strike has of course figured it all out, turned the tables on those who underestimated him, and gained a new lease on life. A sequel to the novel has reportedly already been written, and film studios are squabbling for the rights.

The Cuckoo’s Calling comes across much like an episode of Murder, She Wrote, which, while saying something about its gravity and originality, is not to say that it is boring. The characters are very good, especially the moneyed types, with which Rowling no doubt has some experience. As with Casual Vacancy, there are representatives from across the socioeconomic spectrum, the bleakest of whom have their speech rendered phonetically—“Warrabout?” “She dun gerron with ‘er, though,” etc. (the chapter where Strike gets fall-down drunk has him talking in much the same way).

The major cast includes, like any good murder mystery, about a dozen or so characters, including a fashion designer and a rap artist, police detectives, other models, lawyers, trophy wives, salespeople, and a chauffeur. All are well rendered as real people, not least because they are lingered over; pacing is not the novel’s strong suit, and the moment-by-moment, word-for-word, day-to-day flow of the narrative proves cloying. For the most part, it serves to induce a sense of immersion, which seems out of place in a genre traditionally defined by the intricacies of its plot rather than by its naturalistic details.

Nostalgia for the golden age of noir in the Thirties and Forties have often led contemporary writers to emphasize aesthetic elements—Dennis Lehane does this, for example, as well as many authors under the Hard Case Crime imprint—but The Cuckoo’s Calling has a contemporary setting. It can be chalked up to taste until the novel’s conclusive scene, where a crucial detail is suddenly revealed which, given the narrative’s thoroughness of detail, should have been reported when it happened. This gotcha moment is cheap, and will test both the patience and loyalties of Rowling’s readers.

The novel as a whole is salvaged only because the plot was so flimsy in the first place (an article in The Guardian recently reduced the story to 600 words), and because many readers will have already figured it all out. The suspense may be broken, in other words, but it was only a few inches off the ground to begin with.

Those are the good things about The Cuckoo’s Calling, but it is perhaps another good thing that its inferior qualities are shared in many ways with Casual Vacancy, and that Rowling has not sunk to a new low. The writing is still chock-full of big words where small words would have sufficed, seemingly in an attempt to encode the novel for its intended audience instead of appealing to their maturity and sophistication. The novel isn’t an absolute painfest, but everyone has his or her demons—drug abuse, infidelity, alcoholism, etc. etc.—which, although fully aligned with noir, lacks the oily fluidity of good noir’s incorporation of them.

On a further note, the coarse language remains jarring, the copious f- and c-words standing out from the otherwise green prose like so many dog droppings on a children’s soccer pitch. These swear words act as bombs in any situation, but the narrative landscape can be better urbanized to restrict their blast radius.

And then there are this very humble novel’s highfalutin epigraphs and allusions. Loosely thematic passages gleaned from Classical works begin each of its five parts, first in Latin and then in English translation; the title of the novel itself is from a Christina Rossetti poem. If you weren’t aware that Rowling studied the Classics in some capacity in university, you are supposed to know now. Raymond Chandler had a Classical education as well, reading Greek as well as Latin, but you find quotations from the Iliad nowhere among the chapters of The Big Sleep or The High Window.

When Clare Cannon asked me to review The Cuckoo’s Calling for the Good Reading Guide, I was, coincidentally, reading the two-volume Library of America edition of Chandler’s works. A slew of unsatisfying modern crime novels had left the genre sour in my mind, and I needed a cleansing draft of the old vintage.

While going from Philip Marlowe to Cormoran Strike felt in many ways like swapping The Beatles for NSync, it provided an invaluable contextual reminder of the achievements of masters such as Chandler—as well as those of Poe, Tolkien, Asimov, and many others—whose visions, original and captivating, will furnish the livelihoods of imitators for generations. There may be nothing new under the sun, but these writers gave us new worlds entirely, and it is upon their surfaces, and within their atmospheres, that novels such as The Cuckoo’s Calling survive.

Harley J. Sims is a writer and independent scholar living near Halifax, Nova Scotia. He can be reached on his website at http://www.harleyjsims.webs.com/.

Originally published by MercatorNet on 27 August 2013.