US & Allies Prepare for Possible Military Strike on Syria 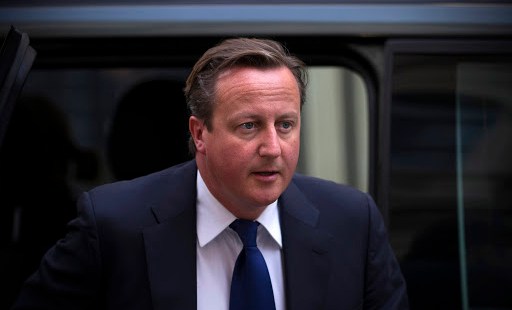 US, UK and other allied military forces are poised and ready for the attack, as world leaders discuss the possibility of military strikes on war-ravaged Syria.

After two and a half years of brutal civil war, the West is preparing for the possibility of carrying out the first military intervention on the country since the conflict began.

Such a response has come in the wake of a series of chemical attacks in Syria, the worst of which struck a rebel held zone near Damascus last Wednesday, killing over 350 men, women and children, and badly injuring more than 3,600.

Leaders from Western Countries including the US, UK, France, Germany, Turkey and Australia have responded to the use of chemical warfare with disgust. A UN convoy of chemical warfare experts were sent on Monday to the site of suspected attacks, however they were hit by snipers and had to turn back.

The team managed to collect some samples however and intend to finish their investigation over the next four days.

Both Syrian President Assad and opposition rebel leaders have blamed each other for the atrocities committed on their innocent compatriots. However there is little doubt in the minds of political leaders as to who is responsible for this hateful and wide-scale crime.

Jay Carney, spokesman for the White House, said that considering anyone other than Assad and his army as responsible for this latest chemical attack was “fanciful.” While US Vice President Joe Biden stated that "there is no doubt who is responsible for this heinous use of chemical weapons in Syria: the Syrian regime."

UK foreign Minister William Hague wrote in the Telegraph: "To argue that the Syrian opposition carried out this attack is to suggest that they attacked their own supporters in an area they already controlled using weapons systems they do not possess."

He continued: “Letting such an attack go unchallenged would "make further chemical attacks in Syria much more likely, and also increase the risk that these weapons could fall into the wrong hands in the future."

US Secretary of Defence Chuck Hagel says the military are "ready to go, like that."

There has still been no final decision made by the President as to what precise action will be taken by the US, yet Carney revealed that it would most probably involve military intervention.

However, according to Carney, Obama is approaching the matter with caution, not wanting to impose a “regime change” that will overthrow Assad and his army.

UK prime minister David Cameron is of the same point of view. He has been in correspondence with US president Barack Obama twice now on how best to respond to Syria’s war crimes which he called “unacceptable.”

Cameron has called parliament back from its summer break four days early in order to have a National Security Council meeting. The prime minister said that the council had “unanimously” agreed that action needed to be taken in response to Syria’s chemical weapons attacks.

They have just drafted a resolution that will be presented to the UN Security Council which would authorise “all necessary measures to protect civilians" in Syria.

However Cameron, like Obama intends to approach any military response with caution. He explained that the strikes would be “specific.”

Ban Ki-moon, general secretary for the UN has said that the chemical warfare experts will finish their investigation within the next four days and would then need time to analyse the collected evidence. Ban made the appeal to political leaders for the  "time to do its job".

Sister Houda Fadoul, head of the women's community in Dei Mar Musa, Damascus, told Fides: "We cannot accept or appreciate an armed intervention of foreign powers. We continue in our mission which is to raise to God spiritual worship, especially to educate young people to dialogue and peace. We believe that today, even in this bitter conflict, prayer is a powerful means to resist evil and is the only tool that nourishes hope."

Mairead Maguire, Nobel Prize Laureate for Peace in 1976 for her work in North Ireland, and responsible for the NGO "Peace People", who has also carried out a peace mission in Syria itself, has spoken out against military action.

"A military action of the U.S. or NATO forces will not solve the problems of Syria” she says. “It could lead to the death of thousands of Syrians and the shattering of Syria. It will mean the further escape of Syrians of surrounding countries and destabilize the entire Middle East, leaving the area in the grip of violence out of control."

She continues:  "The people of Syria ask for peace and reconciliation and a political solution to the Syrian crisis, which continues to be inflamed by outside forces, with thousands of foreign fighters, financed by foreign countries, for their own political interests".

She further asks that  "light be shed, allowing UN inspectors to ascertain the truth, with irrefutable evidence" and she appeals to foreign ministers:"as desired by the Syrian people, follow dialogue and negotiation as the path to resolve the conflict."