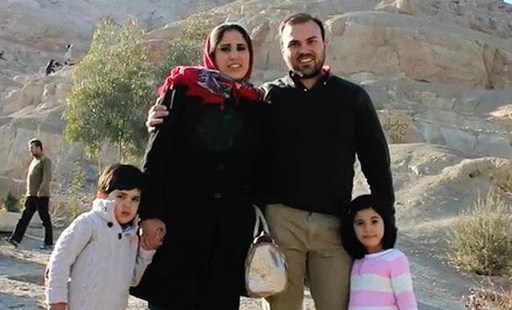 Calls for U.S. action continue after an Iranian court rejected an appeal from Christian pastor Saeed Abedini, an American citizen imprisoned in Iran for his religious work in the country.

Calls for U.S. action continue after an Iranian court rejected an appeal from Christian pastor Saeed Abedini, an American citizen imprisoned in Iran for his religious work in the country.

“The news out of Iran is devastating to our family,” said Naghmeh Abedini, wife of the pastor, in an Aug. 26 statement.

“From past cases, we know that the decision to release my husband lies solely at the mercy of the Supreme Leader,” she added. “It is imperative in the coming days, weeks, and months that we remain vigilant to call for Pastor Saeed's release. This includes continuing to put pressure on Iran from the U.S. government and governments around the world.”

Born and raised as a Muslim in Iran, Abedini converted to Christianity in 2000 and obtained U.S. citizenship a decade later, following his marriage to Naghmeh, who is also a U.S. citizen. The couple and their two children live in Idaho.

Following his conversion, Abedini worked with Christian house churches in Iran until he drew staunch opposition from the government. In 2009, he came to an agreement with the regime under which he would be permitted to travel the country freely if he stopped work with the churches.

Since that time, the pastor has worked with secular orphanages in the country. Last fall, however, he was arrested while visiting those orphanages and charged with posing a threat to national security for his previous work with the house churches, despite the fact that such churches are technically legal in the country.

Abedini was sentenced to eight years in Iran’s Evin prison, but had been seeking an appeal to reduce the length of the sentence. In a letter several months ago, he said the Iranian authorities were trying to force him to renounce his faith in Christ.

Jordan Sekulow of the American Center for Law and Justice – which is representing Abedini’s family in the U.S. – explained that while “we remained hopeful that Iran would use its own appeal process to finally show respect for Pastor Saeed's basic human rights, again Iran has demonstrated an utter disregard for the fundamentals of human rights.”

He added that the “legal decision also signals a new level of concern for Pastor Saeed’s safety.”

While in prison, the pastor has faced beatings, solitary confinement, and serious injuries, leading him to be significantly weakened over the past year.

Calling Iran’s decision a “deeply troubling” illustration of the regime’s continued violation of human rights, Sekulow explained that the family is currently “exploring all options,” which include appealing to the Supreme Court in Tehran and pleading for a pardon from Iran’s Supreme Leader, Ayatollah Khamenei.

Last fall, Iran released another Christian pastor, Yousef Nadarkhani, after three years of imprisonment. The move was attributed largely to mounting pressure from the international community.

Now, Abedini’s family is calling for the U.S. to take a stronger stance to protect one of its own citizens from unjust imprisonment and abuse.

Naghmeh said that she is “disappointed that as a country that was founded on religious freedom, our government has been awkwardly silent as an American citizen is wasting away in an Iranian prison because he chose to practice his God-given right to choose his religion.”