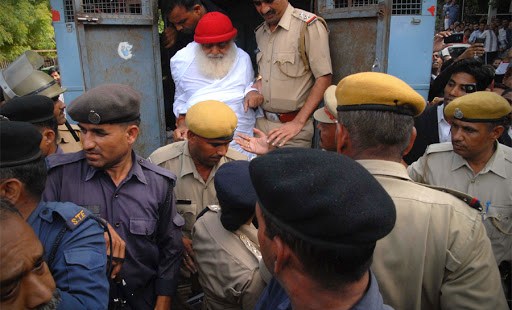 Protests have erupted in several Indian cities in support of a popular spiritual guru who was arrested and charged with rape on Sunday.

Asaram Bapu is accused of the assault on a 16-year-old girl in his ashram. The 72-year-old sage, who runs ashrams across the country, was taken by police to Jodhpur city in Rajasthan, where the incident allegedly took place.

His supporters claim however that the charges are part of a conspiracy to malign his name. Crowds blocked roads after the first media reports emerged of his arrest.

Jodhpur commissioner of police, Biju Gorge Joseph, told media that medical experts conducted a potency test on Bapu and confirmed he was physically capable of committing the crime, despite his claims to the contrary.

The influential Vishwa Hindu Parishad (World Hindus' Council) has termed the arrest an "anti-Hindu" act by the Congress-led coalition government in New Delhi.

Vishwa leader Ashok Singhal told media in Hyderabad on Sunday that the arrest was an insult to Hindus. "This is not about his arrest. This is telling the Hindu community that we will finish your feelings of respect towards a religious leader," he said.

The pro-Hindu Bharatiya Janata Party (BJP), the principal opposition party, has however been cautious in its reaction. "The law should take its course," BJP vice president and lawmaker Mukhtar Abbas Naqvi told ucanews.com.

Congress leaders have ruled out any political motive behind the arrest. Rajasthan Chief Minister and Congress leader Ashok Gehlot said police should be allowed to do "a job of unbiased investigation. We want whoever is guilty to be punished."

Originally published at UCAnews on 2 September 2013. Used with permission. All other rights reserved.