SIPO: One Law For Pro-Life and Another for Pro-Aborts? 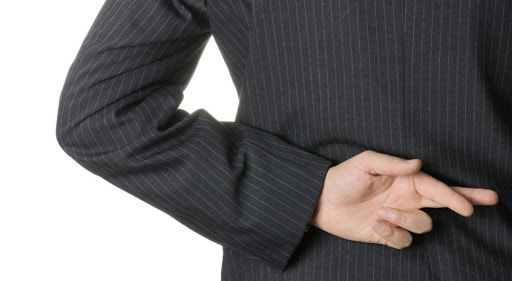 Hypocracy and agenda driven media: this is the shady nature of Irish Journalism

Every so often, one of the Irish media outlets will try to resurrect an entirely manufactured controversy about pro life groups not being registered with the political regulator, SIPO.

To the interest of almost no-one at all, they will print column after column shrieking about various red herrings such as sources of funding.

It's all a bit farcical, given that the same reporters are perfectly fine with the fact that pro-abortion groups such as Action on X or the National Women's Council of Ireland are not registered with SIPO either.

They might mention this inconvenient fact in a one-liner buried deep in columns where they are making it evident how much they dislike pro-life groups, but clearly it's a side issue.

That's because the first rule of Irish journalism (for the most part also known as being a predictable, parochial hack) is that pro-life groups are to be treated totally differently from pro-abortion groups.

So all the headlines about being registered with SIPO are aimed at pro-life groups, just because that's the way Journalism Ireland wants it. They are not interested when groups who support abortion don't register with SIPO, you see, but become outraged when pro-life groups claim the same exemption.

I think rank hypocrisy is the name for this virulently contagious condition now afflicting so much of the Irish media.

Then again, broadcaster Vincent Browne, and journalists such as Derbhail Mc Donald of the Indo, regularly pop up at Action on X meetings. It must be handy to have the media in your pocket as you campaign to have unborn babies killed, and to have a different set of rules applied as you go about that objectionable task.

(On an aside, this rank hypocrisy is evident in almost all reporting on the abortion issue. For example, pro-aborts are abusive, violent and semi-crazed in much of their protesting, as evidenced by the frankly bonkers and hate-filled protests against the Life House and the Rally for Life, but the sheer ugliness of their bile is covered up by the media, who must wish at times that the loons on their side weren't quite so awful.)

But back to SIPO, which is a government body which requires that entities who fundraise for political purposes should register and make returns to said body.

Voluntary groups like Life Institute and Youth Defence are human rights organisations, working to defend the right to life of unborn children. Clearly these are not 'political purposes' and, sure enough, the legislation under which SIPO operates allows groups to opt out of registering if they do not fund raise for political purposes.

Infuriated by this, Irish journalists have tried to make out that the real issue here is something to do with hiding funding from overseas.

What rubbish: we've always been very open about the source of funding for pro-life projects: it comes from ordinary Irish people who give small donations throughout the year because they believe in protecting life.

Furthermore, Youth Defence has offered to allow any reputable journalist to examine its bank accounts, but that offer has not been taken up since it would clearly get in the way of the ability to write misleading and hysterical stories about funding.

The irony here is that is now well established that abortion campaigners such as the National Women's Council of Ireland and the Irish Council for Civil Liberties received millions from US billionaire Chuck Feeney, with no comment whatsoever from the Irish media.

The Irish Examiner however had plenty of comment to make regarding Youth Defence and SIPO last week, but they have been caught out in some false reporting.

Their political correspondent Mary O'Regan ran two articles fretting about SIPO and about Youth Defence's ability to run a "sophisticated media campaign and nationwide advertising drive". But she also wrote that Youth Defence "did not answer a number of queries from the Irish Examiner on where it got its funding, or why this information is not available."

In fact, all of Ms O'Regan queries were answered by Youth Defence in an email dated a full two days before her story was printed. That email and a complaint were subsequently forwarded to the editor of the Examiner, who then printed a partial statement from Youth Defence (with a sensationalist headline) but did not correct Ms O'Regan's allegation. The matter is now going to the Press Council.

The real scandal regarding SIPO, of course, is that the Irish political parties treat the entity with open contempt, sending in laughable returns regarding funding and expenditure.

For 2011, for example, SIPO stated that just €30,997 in donations were reported by all of the political parties combined, "the lowest figure ever, despite there being a general election, two referenda and a presidential campaign" that year.

Fianna Fáil disclosed €6,348. Fine Gael and Labour reported no donations at all. Bless 'em, struggling to hire all those spindoctors and strategists for all that electioneering with not a penny coming in the door.

Now there's something for the media to write about, if we actually had journalists rather than predictable and parochial hacks pushing their tired abortion agenda on an ever-shrinking audience.

Originally published by Life Institute on 30 August 2013. Used with permission. All other rights reserved.