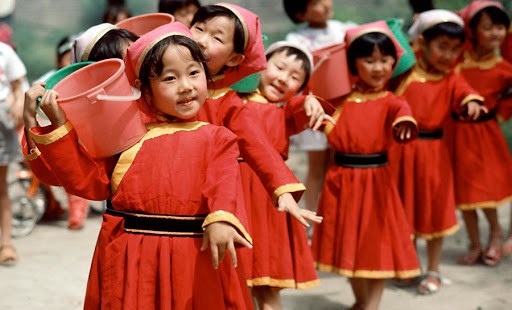 A women’s rights activist argues that China’s one-child policy has widespread negative effects on the society, particularly its women.

As stories of forced abortions continue to surface in China, a women’s rights activist is arguing that the nation’s one-child policy has widespread negative effects on the society, particularly its women.

“This is the true war against women,” she stated.

Littlejohn’s organization recently translated an article by Lili Zeng, a woman from Guangdong Province in the south of China. Posted on the Chinese news site Tianya, the article said that “two days before my baby boy was due, seven family planning officials held down my body and forcibly aborted my baby by needle injection because I did not have a ‘birth permit.’”

The report is one of numerous similar accounts that have surfaced in recent months, as social media allows Chinese women to tell their stories to the world.

Last year, blind pro-life activist Chen Guangcheng made international headlines by escaping house arrest in China and asking to be taken to the U.S. to rest in safety with his family.

In her article, Zeng said that her child was born alive despite the efforts to abort him, yet died soon after birth. According to Zeng, a family planning officer told her, “I am just an executor of the policy.”

“If I were not the family planning director, there would be somebody else who would have handled the situation the same way, and your fate would have been the same,” the official continued. “If you want to blame someone, please blame the (one-child) policy.”

Littlejohn charged that the total number of abortions conducted in recent decades under the one-child policy “is greater than the entire population of the United States,” and that many of the procedures “are forced, and most of those births 'prevented' are females.”

She explained that the policy has heavily impacted Chinese demographics, creating an overall population that is older and more male than it would naturally be. In addition, low fertility rates, between “1.5 to 1.7 children per woman – well below the replacement level of 2.1,” are creating a society that “is getting old before it is getting rich.”

“Beyond this,” she cautioned, “because of the traditional preference for boys, girls are selectively aborted.”

Littlejohn explained that “China has the most skewed sex ratio at birth of any nation: 119 boys born for every 100 girls.”

This sex-selective abortion is resulting in “an estimated 37 million Chinese men who will never marry, because their future wives were selectively terminated,” she added, noting that this imbalance “is a powerful, driving force behind trafficking in women and sexual slavery” throughout Southeast Asia.

“Some forced abortions are so violent that the women themselves die,” she observed, “along with their full term babies.”

Forced sterilizations can also “lead to life-long health complications,” and the one-child policy has had a negative effect upon the country’s mental health, she cautioned.

Even the U.S. State Department recognizes “the traditional preference for male children, (and) birth limitation policies” as factors in China having the “highest female suicide rate of any country in the world – approximately 590 women a day,” Littlejohn noted.

Littlejohn urged those who object to the policy to support initiatives to help women in the country, and specifically to help empower “the woman to resist those who want her to abort or abandon her daughter.”