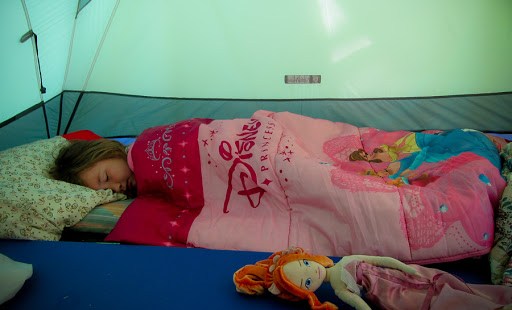 The great thing about homeschooling is that you can start school later and give your kids an extra week of summer if you want. Wait, why would a parent want to do that?

Last Wednesday, the neighborhood kids went back to school.  I know this for a fact, given the enormous cheer that rose up from the parents as the bus pulled away. (No, seriously: the parents who had all come down to the bus stop to wait with their children literally cheered and whooped and, I swear, let loose a few “hallelujahs.”)

As for my children, they still have a week left of summer vacation (God save me).  Years ago, in a fit of insanity, I declared that our homeschool wouldn’t start until the last September birthday had passed.  At the time, it seemed like a perfectly reasonable decision; with our school starting the second week of September, it meant we could get all our supplies on super clearance, sneak one more trip to a now deserted beach, and squeeze those last few drops out of summer.

The reality, though, is a little different.  Oh sure, we still hit Target for the 25-cent boxes of pencils, and with any luck we’ll make a final junket to the ocean before it gets too cold, but the fact of the matter is, the kids have already reverted back to a feral state, and any more summer vacation is only going to make things worse.

As I write this, three boys are upstairs, chasing each other around the house, screaming about who gets to be a Lego ninja, and who has to be a Lego pirate.  I don’t understand what there is to fight over here, but they’ve figured it out, and are doing it loudly.

The baby, whose hair reacts to the humidity by curling into outrageous Shirley Temple ringlets, has a jar of peanut butter in one hand, and is taking out huge handfuls with the other, then smearing it into those perfect curls.  It is a testament to the humidity levels that the curls are able to defy the thick layer of peanut oil and stay bouncy.

The six year-old has been asked no less than a dozen times to empty the dishwasher.  Whenever I go to check on his progress, I find him staring stupidly at the racks, which do not show any evidence of being emptied.  When I ask him what he’s supposed to be doing, he looks at me, vacant-eyed, and shrugs.  It’s exactly like trying to speak to a jellyfish.

A couple weeks ago, my oldest child asked me if we could set up the tent in the backyard so she and her brothers could live in it.  “Live in it,” were her exact words – not “camp in it,” not “sleep out in it.”  Live in it.  It’s as if she sensed that civilization had sort of lost its hold on her, and she was yearning to physically return to her caveman roots.

Being a good mother, I said, “Sure,” and added, “Don’t let the door hit you on the butt on your way out.”  She asked me how long she could live in the tent.  I told her she could stay there until frost.  Or a cholera outbreak.  Whichever.

Armed with two younger brothers and a walkie-talkie, my daughter set up a whole little world in the 8-person tent.  They did the laundry by hand, using rainwater and rocks.  They swept the floor every morning, and aired out the bedding.  They begged me to have daily tent inspection, just to keep the chances for cholera down.  They kept the tent cleaner then they’ve ever kept their rooms, and it seemed like a certain level of domestication had crept back into their psyches. That is, until the night my daughter heard some mysterious animal sniffing around the tent.  Her voice came over the walkie-talkie at two o’clock one morning.

“Daddy?  There’s an animal outside the tent.  It’s big.  I’m scared.  Can you come get me?”  With a sleepy sigh, my husband got up, walked down the gully to the tent, and returned with our oldest child.  When asked about compassion of leaving her two little brothers alone in the tent to fend for themselves, she shrugged, nestled into her bed, and promptly fell asleep.  So much for domesticity.

It’s OK, though; by next week, we’ll be back in the swing of things, with schedules and school work, and an iron fist to guide these wild things back into civility.  We’ll get it together – just in time for spring break.