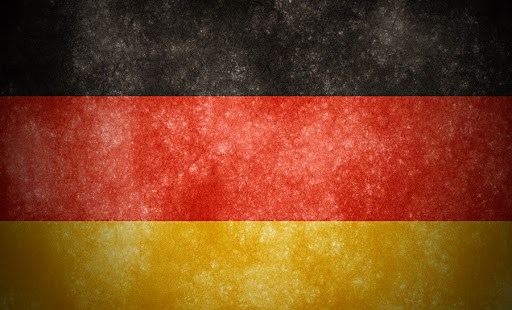 “The right to home-school is a human right,” Mike Farris, founder of the Home School Legal Defense Association, said Aug. 30. “Germany has grossly violated these rights of this family.”

On the morning of Aug. 29, the association reports, 20 social workers, armed police officers and special agents took four children from the home of Dirk and Petra Wunderlich, who were educating their children in violation of the national ban on home schooling.

The children range in age from seven to 14. The family lives near Darmstadt, 25 miles southwest of Frankfurt.

“I looked through a window and saw many people, police, and special agents, all armed,” Dirk Wunderlich told the home-school society. “They told me they wanted to come in to speak with me.”

He said three police officers brought a battering ram and were prepared to smash his door. When he let them in, the officers shoved him in a chair and told him they had an order to take the children.

His 14-year-old daughter Machsejah was forcibly taken from the home, he said.

“When I went outside, our neighbor was crying as she watched. I turned around to see my daughter being escorted as if she were a criminal by two big policemen.”

The girl’s mother tried to give her a kiss and a hug goodbye but an agent “roughly elbowed her out of the way,” he said.

Petra Wunderlich said she was “shattered” by the removal of the children.

“We need help. We are fighting, but we need help,” she said.

“Why is it so important to you to force people into your state schools? The echo of this act rings from a darker time in German history. When will leaders stand up and make changes so that brutality to children like the Wunderlichs no longer happens because of home-schooling?” he asked.

For four years, the Wunderlich family moved across different European Union countries to find a place where they could home-school their children legally. However, the family had to return to Germany from France in 2012 when Dirk Wunderlich failed to find work, the British newspaper The Daily Mail reports.

On their return, German authorities began a criminal truancy case against them and the children were placed in the custody of the Darmstadt Youth Welfare Office. Authorities found the children to be well treated and allowed them to remain in their parents’ care, but seized the children’s passports to prevent the family from leaving the country.

The Home School Legal Defense Society said it obtained and translated the court documents related to the seizure of the children. The group said that the family’s home schooling of their children was the only legal grounds for removal.

The documents include a judicial order authorizing the use of force against the children if necessary, on the grounds that the children had “adopted the parents’ opinions” about home-schooling and their cooperation could not be expected.

The documents did not allege educational neglect.

“The law ignores the educational progress of the child; attendance—and not learning—is the object of the German law,” the society charged.

Farris said that Germany has signed many human rights treaties that recognize parents’ rights to provide “an education distinct from the public schools so that children may be educated according to the parents’ religious convictions.”

Donnelly said that the parents were “shaken to the core and shocked by the event.”

“But they also told me that they had followed their conscience and the dictates of their faith. Although they don’t have much faith in the German state—they have a lot of faith in God. They are an inspiring and courageous family.”

Other German home-schoolers have also faced legal difficulties in their efforts to educate their children.

Uwe and Hannelore Romeike, German Christian home schooling parents, sought asylum in the U.S. for themselves and their children in 2008. They said they faced fines and the possible loss of custody of their children if they returned home. The U.S. 6th Court of Appeals rejected their asylum request in May 2013.

The German law against home-schooling was passed under the Nazi government in 1938. The European Court of Human Rights upheld the law in a September 2006 ruling.