Is Quebec Creating a Secular Utopia? 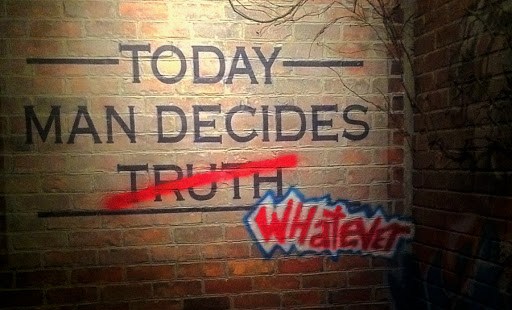 Has the Parti Québécois reflected on the dismal record of utopian thinking in the 20th Century?

Recently, Jared Bland, the books editor of the Globe and Mail, interviewed Margaret Atwood. The interview focused on MaddAddam, the third book in Atwood’s trilogy about dystopias, societies “gone terribly wrong”, which will be released this week.

It’s informative synchronicity that this should appear at the same time as furor is erupting over the proposed charter of Quebec values, because reading what Atwood has to say could help us to place the Parti Québécois’ proposal into a larger context and, in doing so, provide otherwise unavailable insights. It could also cause us to ask whether Atwood is wrong in her claim that she is not a prophet.

Many Quebecers, including politicians, even those not overtly hostile to traditional religion, believe religion has no place in the public square. They espouse the idea of a strictly secular society — laicization. As I proposed in MercatorNet last week, such secularism can be a form of religion, a “secular religion.”

To elaborate further on that idea, like a religion, it has an ideology and beliefs, but ones that reject the supernatural and divine. Adherents of this secular religion might even be fundamentalists, in that, like all fundamentalists, they seek to impose their beliefs on others. They proselytize on behalf of their “religion,” and they adopt a divisive “us” and “them” approach, not an inclusive one. They seek to handle difference through the exclusion of those they see as “not one of us,” not by reasonable accommodation of the differences.

Now let’s assume that the Parti Québécois has a dream of creating a secular utopia — a perfect society — and the charter of Quebec values reflects that dream and is part of an effort to realize it. (Another part is Bill 101, the Quebec language law that imposes the use of French, to which Premier Pauline Marois compared the charter of Quebec values in a speech to the youth wing of the Parti Québécois last weekend.) Bland asked Atwood “what can go wrong when perfection is sought in an extreme way?”

Atwood responded that this raises the question of “What do you do with the people who don’t fit in…? In order to achieve this wonderful future in which everything’s going to be terrific, who are you going to shove into a hole in the ground?”

Those are frightening words. Indeed, chilling. I am not in any way suggesting that Quebec would literally act in this way. But could the proposed charter of Quebec values’ banning of religious symbols be seen as a symbolic “shoving into a hole in the ground” the freedoms of expression, speech, belief, association and religion of the people affected, and a literal burying of their symbols?

Bland notes that in her new novel Atwood shows that seeking “perfection exacts a price” on those who do not measure up. Atwood elaborates that “the perfect also pay.” This is a valid warning. The utopian search for what is perceived as perfection, whether of people or a society, can easily become totalitarianism, despotism and tyranny, even if they are present in the form of velvet versions. Atwood refers to literary and historical examples of societies with utopian goals. None of them ended well, and most very badly.

Atwood distinguishes between the desire for incremental improvements, a goal of all societies, and a utopian goal, on the grounds that, unlike a non-utopian society, a “utopia is usually a total blueprint. This is how we’re going to run everything; this is how everything fits.” We can ponder whether the Parti Québécois’ plans with respect to the Charter of Quebec Values fit this pattern.

Atwood says a utopian society is promoted by way of a comparison between its excellent metaphorical “sewage system,” which works perfectly, and the substandard one of the “bad inferior society.”

This is a rich metaphor: a sewage system is an essential service; it hides what we don’t want to see or smell; it deals with waste, some of it toxic; it needs careful monitoring and upkeep; and if it fails to function properly we can become sick and die. Would the charter of Quebec values enhance or detract from our metaphysical “sewage system” and our shared societal values, which that system is meant to protect? If our crumbling physical, real-life, city infrastructure in Montreal were any guide, it’s not easy to feel confident that the charter would be implemented without doing harm.

There is an old saying in human rights that “nowhere are human rights more threatened than when we act purporting to do only good.” Let’s give the Parti Québécois the benefit of the doubt that they believe their proposed charter of Quebec values will do only good. The problem is that this belief blinds one to the harm also involved. And our messy collective human soul is most in danger when we seek perfection, are certain we are right, and unjustifiably control others, just because they are different from us and we don’t see them as fitting in. The proposed charter of Quebec values manifests all these characteristics.

Margaret Somerville is director of the McGill Centre for Medicine, Ethics and Law.

Originally published by MercatorNet on 3 September 2013.