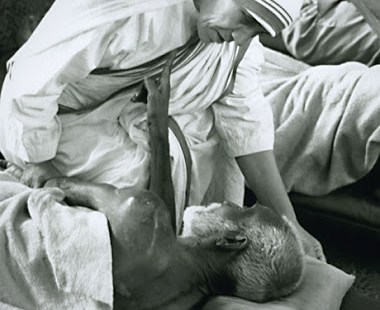 International Day of Charity to be on her anniversary, September 5

Hundreds of people who gathered to observe the death anniversary of Blessed Teresa of Kolkata today also observed the UN’s first International Day of Charity designated to honor the Catholic nun.

"Those who want to please Mother Teresa on her feast day should emulate her charity first at home and then among the poor in the neighborhood," Sister Prema the head of the Missionaries of Charity said on Thursday in Kolkata.

She was speaking after a morning prayer program marking the 16th death anniversary of Blessed Teresa.

The nun, popularly known as Mother Teresa, founded the Missionaries of Charity (MC) congregation in 1950, two years after leaving the Loreto sisters to work among the poorest of the poor in the slums of what is now Kolkata. She dedicated the rest of her life to working in this eastern Indian city, where her congregation is also based.

"The MC mother house is the hub of charity," said Father Dominic Gomes, vicar general of Kolkata archdiocese, pointing out that some 5,100 nuns from the congregation work in over 120 nations.

Its aim is to organize special events and increase public support for charities that “promote the rights of the marginalized and underprivileged and spreads the message of humanity in conflict situations,” Csaba Kőrösi, Hungary’s UN ambassador, told the General Assembly when introducing the resolution.

In 2003, the Vatican beatified her, calling her "Blessed," which is one step away from her canonization that will make her a saint.

Originally published at UCAnews on 5 September 2013. Used with permission. All other rights reserved.