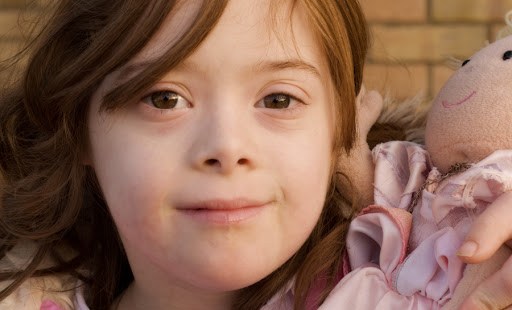 A young man with Down Syndrome recently died in an altercation with mall security guards in a dispute over an $8 movie ticket. Are pro-lifers as committed to the protection of those with Down syndrome after their birth as before their birth?

For several months, the Washington Post has been following a terrible story – one that has a pro-life dimension.  The facts as reported by the Post are as follows.

In the greater Washington, D.C. metro area, a young man who displayed both mental retardation and Down’s syndrome attempted to sneak into a theater without paying for a ticket. As is often the case, he was accompanied by a young staff person from an agency who was supervising the young man. In most situations, this kind of arrangement works out extremely well: the person who was being supervised usually behaves very well because he or she is glad to be out in the community for a special trip.

But this time, something very bad happened. Three security guards who worked for the mall confronted the young man. He became very excited due to this confrontation and began to be upset and frightened. The three security guards grabbed him, which only caused him to try to keep himself safe in a way that he considered self-defense. While all of this was going on, the young man’s aid pleaded with the security guards to give him some space and to not grab or touch him.

Having worked for many years in situations where mentally retarded persons are apt to become upset, I feel compelled to comment that situations like this are usually totally avoidable. When working with these persons, there are some approaches to use that will deescalate most situations. One of these is to simply give the person a great deal of personal space and to not display intimidating physical gestures. Recently, there was a videotape of a man having a confrontation with a pilot in the airport. The man complained about something to the pilot, which caused the pilot to come from over 20 feet away and get in the man’s face. An altercation ensued. In situations like this, there is an approach called the “20-Foot Rule.” If you keep your distance from a person who is becoming worked up, a physical altercation can be avoided, as it is rendered impossible when there is this much space between two persons.

Another approach is for security officers and police to pick their battles. For instance, because there are so many deadly crashes when police get involved in chasing cars, police cars will usually stand down when someone is driving away from them (unless they’re chasing a mass murderer or some similar felon). There have been too many deadly crashes. They take down the license number and deal with it later.

This same kind of discretion has to be used with people with developmental disabilities and other emotional or psychiatric problems. When working with severely emotionally disturbed children in a day treatment program, a 13-year-old young man who I saw for therapy became incredibly agitated and threatening in the close quarters of our school program setting. He was threatening everybody, and it was a serious situation because he was extremely strong and had a history of violence. The police were called. Four of them responded. They took one look at the young man and knew that if they touched him some of the policemen themselves would be injured. So they let him run out of the building and knew that he would cool off. No one was injured.

The young man returned to school and talked to me. I suggested to him that he was so out of control that it would benefit him to go to the hospital for an evaluation to see what was bothering him so that he would not feel so explosive. I told him that there was no way I was going to force them to do this; that instead, I would call his family and he could go home and talk to them. In two hours, I would drive by his house with the social worker; if he wanted to go to the hospital, he could voluntarily go with us. We got there and he was sitting by the curb with his bag packed. Because everyone who had dealt with him allowed him to save face, he was able to keep control of himself.

I recall another situation in a program in which 400 mentally retarded people were working in a sheltered workshop. Now this is extremely close quarters. One middle-aged man did not do what the staff asked him to do. Things escalated, and four staff ended up holding him down on the floor. He was yelling and screaming, and someone was about to be hurt. I walked over and assumed a very passive stance. I whispered to him that he was frightening me by yelling and that I couldn’t hear him. I said it would be a great favor to me if he could calm down and come over and talk to me. So I walked away. He calmed himself, the staff let him go, and he and I had a good talk about what was bothering him. Injuries were averted.

I am certain other approaches could have prevented the tragedy concerning the young man described above in the mall situation. Still another factor which I do know was operative is this: it is extremely dangerous to restrain Down syndrome people in a prone position given their unique physical structure in the neck and trachea. It is easy for them to die when they are restrained in a prone manner. All of the programs I have worked in in New York State teach staff about this.

There will be bleeding hearts that ask for mercy for the three guards who were involved in this. They were young men and have their whole life ahead of them. I am usually a compassionate person, but in this case, the death of this young man calls for justice. Perhaps a jail sentence will make individuals in situations like this think again.

Although we are a society that likes to sue other people, it would not be inappropriate to hold the mall accountable for not training their security staff in how to better handle this situation.  A large financial judgment against this organization will make similar venues handle situations much more carefully.

What is the pro-life aspect of this incident? We in the Church continually preach about the evils of abortion. Yet as individuals and as a Church, do we offer the attention and support needed to care for persons who in many situations might have been aborted? Since Down’s syndrome can be diagnosed in the womb, Down’s syndrome persons are at high risk for abortion. Many times, in our preaching, we forget that these persons need lifelong support and caring after they are born. Do we spend as much attention helping the parents, the programs, and these people themselves after they are born?

Someday, I hope that school buses of volunteers will drive out to group homes and larger residential settings to help the people with mental retardation. They can help with cleaning. They can help with companionship. They can help assist the staff. Every state capital has seen these big yellow buses pull in for antiabortion rallies. Wouldn’t it be nice if some of the same buses could travel and help the people whose lives might have been aborted had their parents decided to not bring them into the world? This would be a ministry in line with the kinds of activities Pope Francis is demonstrating for all the world.

The politically correct term now for mental retardation is “ intellectual challenge.” The reason for this is to strive to show the similarities between mentally retarded people and the rest of us. I fear it is going to have a deleterious effect on programs for these people. For example, the medical diagnosis “profound mental retardation” signifies a person who lacks speech, needs help in feeding and toileting, and probably has many other serious medical problems as well. The cost for an intensive group home for person like this is easily over $100,000 a year. At the other extreme, a child in second or third grade who has a learning disability such as dyslexia will also be classified as being “ intellectually challenged,” yet the situation will require much less financial funding. Lawmakers and others will not realize the immense difference in the cost of treating people with different impairments unless we use specific and exact language. I see no bias in describing certain persons as having mental retardation. It’s an accurate description and communicates to us how much they need time, our financial resources, and – most of all – our Christian caring and love.