Would U.S. Military Intervention in Syria Constitute a Just War? 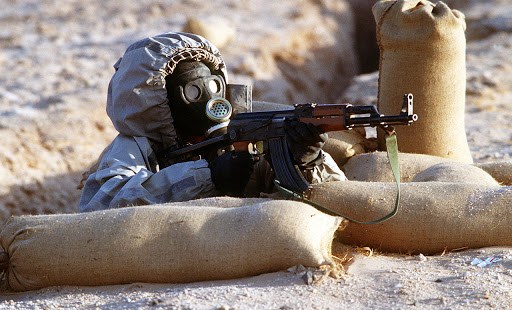 A moral theologian runs the proposed U.S. military intervention in Syria through a Just War test – and comes up wanting.

Decisions about whether to go to war are rarely easy, entailing moral, legal, and practical elements. Oftentimes, crucial pieces of information are unavailable to the decision makers or, what’s worse, are wrongly assumed to be correct.

All three elements are at issue in the question of whether to use armed force in some way in the Syrian situation, and some confusion surrounds each. There are, moreover, two temptations that further obscure the decision-making process.

One practical function of just war principles is to enable decision makers to overcome distracting temptations in order to focus on the overarching objective of any sound use of armed force, which is to restore a just peace. No unjust use of force will turn out well (and in many cases, even a justified use of force will go awry). In the Syrian situation, as it stands now, the use by the United States of armed force violates the essential principles of just war theory and is not morally sound.

In the first instance, to use armed force a nation must have standing. It cannot justly attack another nation because it dislikes that nation’s own use of force. It might have standing if innocent lives are immediately threatened, but the president and his military advisors acknowledge that no such immediate threat exists. The use of force would be punitive, but the United States has no authority to impose a punishment.

Second, while a deliberate attack on a non-combatant population is reprehensible, it is not the case that the mere use of chemical weapons, even though they are proscribed by most civilized nations, is morally different from an attack on that same population with bullets, bombs, or artillery. That is, the use of chemical weapons, in and of itself, is not a just cause for the deployment of armed force.

Third, every use of armed force, especially the initiation of hostilities, must have right intention, which is broadly to restore a just peace. The public discussion surrounding an American proposal to attack Syria is simply lacking a right intention, or any clear intention at all, for that matter. We are not at all clear about what we hope to accomplish, and we seem to give little attention to the unintended, and perhaps very harmful, consequences of an attack. The administration has certainly not argued that an attack, even one with severe limits, will be a constructive step toward establishing peace in Syria.

In sum, the administration and Congress would be well advised to attend to just war principles in considering action against Syria and not to be lured into war by distracting and impractical temptations.