The Perils of a Prophetic Pope 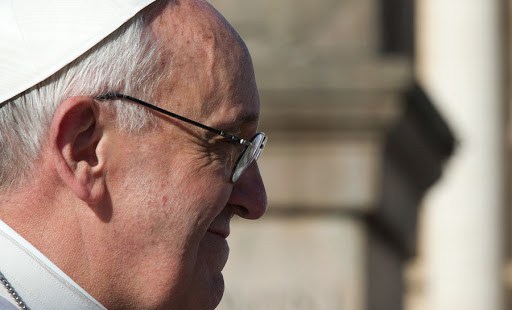 Pope Francis’ spontaneous, personal style is attractive, but it also makes his words easier to twist by unscrupulous reporters. But Pope Francis should keep modeling Christian behavior, which is harder for the enemies of the Church to exploit.

The news hounds are sniffing around a story that Pope Francis has telephoned a gay man in France to tell him it doesn’t matter if he’s gay. And a few weeks before that, it was reported that the pope called a rape victim in Argentina to offer his sympathy. The pope’s personal touch is evident in his one-on-one meetings with the faithful, and his activity on the social network site Twitter evidences his personal, vital, and vibrant style.

Pope Francis’s warm, personal, and caring style is a real winner. It is attractive and powerful, but there are some obvious difficulties with such a spontaneous style of communication. Like it or not, Jorge Bergoglio is not only the subway-riding people’s bishop – he is also the Vicar of Christ, the Successor of Peter and the primary definer and defender of the Faith. People listen to what he says, and what he says matters.

Those in the know realize that everything a pope says is not infallible. A pope may say things off the cuff that are ambiguous or partial statements of the truth. A pope may even publish writings as a “private theologian” as Pope Benedict XVI did – clearly stating that he was not writing with the authority of his papal office.

The man in the street is not aware of these subtle distinctions, and neither is your typical journalist. As a result, the words and actions of the pope are often misunderstood. However, there are some journalists who fully understand the power of the Pope’s words, and they will take every ambiguous statement and twist it to support their own agenda. An example is the article on the fictitious phone call to a gay man in France. Cavan Sieczkowski, the Huffington Post scribe, takes the story (which is no more than a rumor) and runs with it, writing:

Francis is regarded as a progressive pope willing to openly express progressive ideals. After news surfaced of an alleged gay lobby within the Vatican, Francis spoke out about the difference between a gay lobby and a gay individual and offered the gay community his support. “A gay person who is seeking God who is of good will – well, who am I to judge him?” the pope said at a press conference in July…. [O]ne must not marginalize these persons; they must be integrated into society.

Siczkowski casts Pope Francis as “a progressive pope” and makes it sound as though his kindly approach to homosexual people is somehow a break from Catholic teaching and a wholesale endorsement of the gay lifestyle… and all of this from a rumor about Pope Francis calling a gay man on the phone.

Pope Francis is being used by unscrupulous journalists to advance their own progressive agenda. His kindly manner, open hearted style, and warm spontaneity are double edged swords. On the one hand a cell phone-using, tweeting pope who embraces all and makes spontaneous, warm-hearted comments wins over the crowds. On the other hand, there are some media people who are using that same authentic simplicity and affection to undermine the fullness of Catholic teaching and to dull the sharp point of Christ’s gospel.

We live in a visual age in which a picture speaks a thousand words. An image speaks in a way words cannot. The Old Testament prophets spoke powerful words, but they also did powerful works, taking dramatic actions to make their point. Pope Francis’s role as a prophet in our time is highlighted most powerfully by what he does, not by what he says.

This is how he communicates most effectively, and it is to this (along with his verbal teachings) that we should pay close attention.

Fr. Dwight Longenecker is the parish priest of Our Lady of the Rosary Church in Greenville, South Carolina. Visit his blog, browse his books, and be in touch at dwightlongenecker.com.