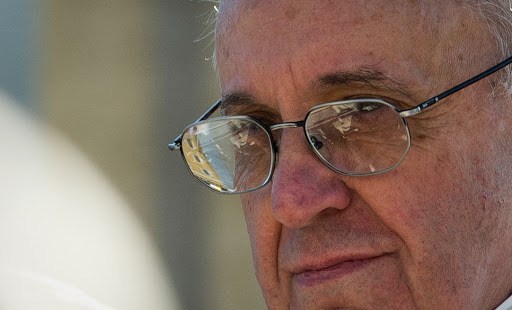 After a global day of prayer and fasting for peace in Syria and throughout the world, Pope Francis is continuing his calls for peace, hope and negotiations through messages on social media.

“Humanity needs to see these gestures of peace and to hear words of hope and peace!” he exclaimed on Twitter Sept. 9.

“I ask each party to follow decisively and courageously the path of encounter and negotiation,” he said, referring to potential strikes on Syria by Western nations.

Both of these tweets were followed by the hashtag “#prayforpeace,” which the Holy Father has repeatedly used throughout the month.

In another Sept. 9 tweet, he referenced his morning homily, given on the topic of hope from the chapel of Saint Martha.

“We ought never to lose hope,” the Pontiff said. “God overwhelms us with his grace, if we keep asking.”

The tweets come amid escalating tension regarding Syria. Lawmakers in the United States are currently considering President Barack Obama’s proposal for military action against the nation, which has been embroiled in a violent civil war between government and rebel forces – both secular and Islamist – for more than two years.

Late last month, reports indicated that chemical weapons had been used against civilians in Syria, killing more than 1,400 people.

The Obama administration has said it has conclusive evidence that the regime of President Bashar al-Assad is responsible for these attacks, though the Syrian government denies this charge and blames the rebels for the use of chemical weapons.

The possibility of a military strike against Syria has sparked strong opposition from Russia, whose leaders say they have compiled an extensive report with evidence that rebels used chemical weapons back in March.

On Sept. 7, Pope Francis called for a global day of prayer and fasting for peace. He led a prayer vigil that day in St. Peter’s Square, drawing about 100,000 pilgrims.

Calling for dialogue and forgiveness, the Pope emphasized that violence only yields more violence. On the day of the vigil, he tweeted, “Pray for Peace!”

“All men and women of good will are bound by the task of pursuing peace,” he tweeted.

“Dear young people, pray with me for peace in the world,” he added in a separate tweet.

He also noted that “peace is a good which overcomes every barrier because it belongs to all of humanity.”

Earlier that week, the Holy Father pushed for peace efforts on Twitter as well. He posted on the social networking site on Sept. 4, “let the cry for peace ring out in all the world.”

“We want a peaceful world, we want to be men and women of peace,” he affirmed on Sept. 2. “War never again! Never again war!”

“Let us pray for peace: peace in the world and in each of our hearts,” he said Sept.1.

Originally published on Catholic News Agency on 9 September 2013. Used with permission. All other rights reserved.