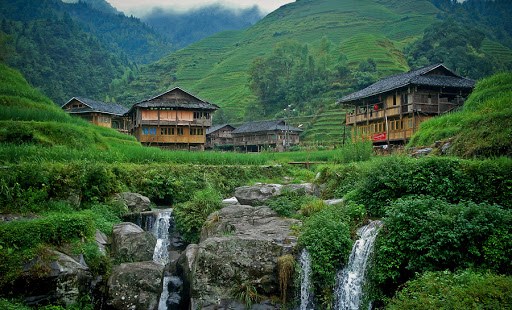 Bishop Benedict Cai Xiufeng’s dying wish was to be buried in his diocese, but six years later there has still been no proper burial.

Traditionally, the seventh month of the Chinese lunar calendar is known as ‘the ghost month.’

Legend says that ghosts and wild spirits come back to Earth at the beginning of that month and wander around until the 15th day, when the ‘gate of ghosts’ closes.

This year, the ghost month ran from August 7 to September 4, with the gate closing on August 20.

That date coincides with the death anniversary of Bishop Benedict Cai Xiufeng of Wuzhou (1917-2007) in Guangxi province. As well as being rather eerie, it brings sadness to Wuzhou Catholics as their bishop has still had no proper burial.

For his ceaseless efforts, Bishop Cai commanded love and respect from parishioners. “It is thanks to Bishop Cai that we have a religious women’s congregation, beginning with three nuns to now around 20,” said one. “New churches were also built, one after another.”

In Chinese culture, it is essential for the deceased to be laid to rest properly as, without it, they may not be in peace. Owing to land shortages, many are cremated rather than buried, with the cremation taking place immediately after the funeral.

It was the bishop’s dying wish to be buried in the diocese. But the urn that holds his ashes was instead placed in a room in the rectory of Xiwang Church, Pingnan county. And six years later, they are still there.

“I feel sad whenever I remember there has been no proper burial for the bishop even after six years,” said one Church member. “Our bishop worked industriously despite his ill health after being imprisoned for 20 years. He visited every corner of the diocese and often fainted on the road due to overtiredness.”

Father Yang Shiqing, the diocesan administrator, told ucanews.com that the diocese does not have its own cemetery, or sufficient money to purchase land to build one.

“The government hasn’t even returned properties that were formerly owned by the diocese and confiscated during the political turmoil of the 1950s,” he said. “Why would they allot another piece of land to us?”

The bishop’s family did offer a plot but, according to Father Yang, it is in a location that would make it difficult for people to pay their respects. He added that he and some parishioners have been discussing the issue for years but have yet to reach a solution.

He also explained that there has been no memorial activity in past years because of fears that the government may interfere. Chinese government officials have been known to disrupt funerals and even damage the graves of bishops who are not state-recognized. There is no such issue for deceased bishops from the government-sanctioned “open” community.

Bishop John Baptist Tan Yanquan of neighboring Nanning diocese, and who is recognized by the government as bishop of the whole Guanxi province, told ucanews.com that it would not be right for him to meddle in the affairs of another diocese.

“However,” he said, “it is inappropriate not to bury the ashes properly, no matter who the person was. The diocese could have placed the urn at the back of the altar or allotted a corner in the Church to commemorate the bishop.”

Father Yang responded that this was not done because “we thought the burial would take place very soon.”

But he expects the issue will be settled at last by All Soul’s Day 2014 as the bishop’s family has now purchased another plot of land next to Xiwang Church.