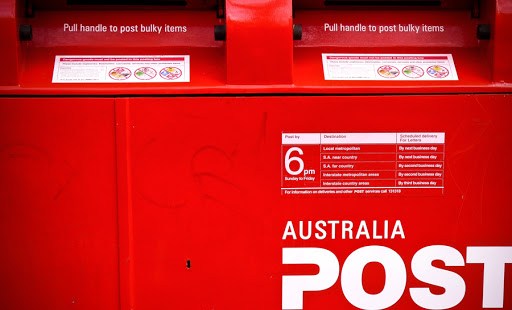 Supporters of same-sex marriage oppose a referendum on the issue in Australia – and it’s because they know it would allow the issue to be robustly debated.

Same-sex marriage was a big loser in Australia’s election over the weekend. Former Prime Minister Kevin Rudd sank beneath the waves with his rainbow colours nailed to the mast.

Rudd began his campaign to unseat the incumbent PM, Julia Gillard, back in May with a born-again conversion. He promised that he would introduce a bill within 100 days of being re-elected and made gay marriage a centrepiece of his pre-election campaigning. Astonishingly, on the very threshold of electoral annihilation, he gave an interview to The Australian in which he insisted that same-sex marriage was his Christian responsibility. "It was not simply a question about policy but about my fundamental qualifications to be called a Christian," he said.

Perhaps in Mr Rudd’s inner-city seat of Griffith in Brisbane fervour for same-sex marriage was running high. Perhaps outspoken support was an attempt to sandbag his own electorate rather than to appeal to all Australians. Perhaps it was an attempt to burnish his international reputation as a progressive.

Whatever the reason, the video of an indignant PM bullying a Christian pastor on television went viral, but it still didn’t float the boat. Rudd and his rainbow flag sank like a stone. Same-sex marriage may have provoked lots of fluttering on Twitter, but the electorate cared more about jobs, the deficit, controlling illegal immigration and simple administrative competence.

However, it would be a mistake for Australian supporters of marriage as the union of a man and a woman with each other and with any children born from their union – the traditional view of marriage – to be complacent. Tony Abbott’s victory has given them a reprieve, perhaps two or three years of breathing space, but no more.

1. Supporters of same-sex marriage will not cease campaigning to redefine marriage. The spokesman for the same-sex marriage lobby, Rodney Croome, has lost none of his sunny optimism. "In the lower house the number of declared supporters has increased from 42 to a likely 50, with more expected,” he says. “We are also pleased with the election of pro-equality Green and independent representatives in both houses. We’re hopeful of assembling a majority in the Senate." Another two years of lobbying might swing more MPs.

2. The outcome of a conscience vote in Federal Parliament is uncertain. Tony Abbott is unlikely to undergo Kevin Rudd’s conversion experience. Even though his own sister Christine is an outspoken lesbian, he insists that he supports the existing definition. He prides himself on his consistency and he has vowed to remain consistently opposed. However, he has said that he is open to a conscience vote in Parliament. It is hard to predict the outcome of a conscience vote in two or three years’ time. In Abbott’s own party there are a number of “progressives” and libertarians who support same-sex marriage.

3. What if Abbott is deposed? If Abbott is unseated, the principal contenders to succeed him are Malcolm Turnbull, a former Liberal leader, and Joe Hockey, the new Treasurer. Turnbull is a strong supporter of same-sex marriage. Hockey is opposed but without Abbott’s conviction.

4. The issue will not go away. Australia is only major English-speaking country where same-sex marriage is not legal. It is currently permitted in Canada, South Africa, England and Wales, and New Zealand. In the United States, only 13 states have legalised it. But on-going battles in the remaining ones will keep the issue simmering away in the newspapers. MPs in Australia will be under steady pressure to follow the trend.

For all these reasons, there must be a referendum to define marriage in the Australian constitution as the union of a man and a woman. It cannot be left up to Parliament.