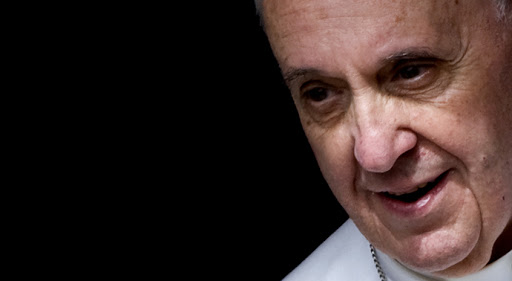 We have a Christian duty to help our newcomers’ needs, he says.

Pope Francis called for solidarity with refugees during his Tuesday visit to a Jesuit refugee center in Rome, reminding Christians of their duty to help meet the newcomers' needs.

He lamented how many times refugees have been “forced to live in impoverished conditions, at times degrading, without the possibility of beginning a dignified life, to think about a new future!”

The Pope voiced special concern for the refugee women, including “the mothers who endure these hardships in order to ensure a future for their children…and a different life for themselves and their families,” Vatican Radio reports.

He met with refugees and volunteers at Rome’s Church of the Gesù and visited about 1,000 people gathered at the nearby Astalli Center. The center is the Italian branch of the Jesuit Refugee Service, an international network that assists refugees and other forced migrants.

Pope Francis said the refugees have faced a “difficult and exhausting” journey. He noted that Rome is often the second stop for refugees after the southern Italian island of Lampedusa, which he visited in July.

The Pope said the Church, the city of Rome and other institutions must ensure that no one is in need of food, shelter, or legal assistance to “recognize his right to live and work and fully be a person.”

He called on religious orders with empty convents to act “generously” and “courageously” by opening these buildings to refugees. The Church, he said, does not need “empty convents to be transformed into hotels,” to “earn money.”

The defense of the dignity and rights of the underprivileged is an essential part of the Church’s mission, he added.

Pope Francis then reflected on the nature of service, which means “welcoming the person who arrives, with care” and “bending down to one in need and offering a hand, without reservations.”

He asked others to reflect on whether they have answered Jesus Christ’s call to serve the poor. “Do I look into the eyes of those who seek justice or do I turn away?” the Pope asked.

He then stressed the duty to accompany those in need, in a way that goes beyond simple charity like giving a sandwich to the poor man. Christians must act beyond this and help the man return to work and the life of society.

The Pope noted that differences of race, national origin and religion can be a “gift” and “a richness to welcome, not to fear.”

He thanked the volunteers and staff of the Astalli Center for recognizing the refugees “as people” and for working “to find concrete answers to their needs.”

The Astalli center in 2012 helped around 21,000 people in Rome through its Italian-language classes, its soup kitchen, its legal center and its health facility. The health facility can give special attention to victims of torture.

In his July visit to Lampedusa, Pope Francis rejected indifference towards refugees. He said Christians practice love “when we identify with the stranger, with those who are suffering, with all the innocent victims of violence and exploitation.”

Originally published at Catholic News Agency on 12 September 2013. Used with permission. All other rights reserved.