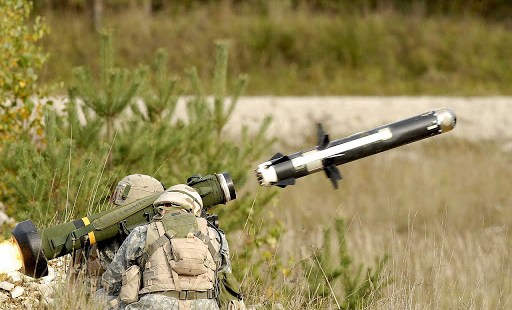 Another moral theologian analyzes the proposed U.S. military intervention in Syria and concludes that it does not meet the criteria of a ‘just war’.

Note from the Editor: This is the second article Aleteia has published from a moral theologian on the question of whether or not U.S. military intervention in Syria meets the ‘just war’ criteria laid out by the Church. The first was "Would U.S. Military Intervention in Syria Constitute a Just War?" by Robert G. Kennedy.

Does the military action – namely missile strikes – threatened by the United States against Syria satisfy the "just war" criteria of the Catholic Church?

These are the criteria for just war as stated in the Catechism of the Catholic Church 2309:

– the damage inflicted by the aggressor on the nation or community of nations must be lasting, grave, and certain;
– all other means of putting an end to it must have been shown to be impractical or ineffective;
– there must be serious prospects of success;
– the use of arms must not produce evils and disorders graver than the evil to be eliminated. The power of modern means of destruction weighs very heavily in evaluating this condition.

At this point the answer about whether or not military intervention meets the criteria for a just war must be an emphatic no.

DAMAGE BY THE AGGRESSOR: The primary reason given for military action against Syria is the concern to protect the innocent from the harms of chemical warfare.  Those harms, in themselves, are not greater than the harms caused by many methods of modern warfare.  The fact that there is an international agreement that chemical weapons should not be used, however, does call for international attention.  The use of chemical weapons in Syria has done grave damage to Syrians and the precedent of using chemical weapons threatens all.  But since it is not clear that the threat to the US is imminent, neither is it clear that the US should act violently and unilaterally to protest this use and attempt to deter its future use.

Indeed, the war in Syria is a civil war, involving elements of Al Qaeda and Muslim Brotherhood among the rebels.  The war does not immediately threaten other nations, the US included. Just war theory says nothing explicitly about interfering in civil wars or about engaging in war with another country to protect the innocent of that country.  While the use of chemical warfare in Syria is a horrible act, so too are the actions of many tyrants around the world.  This is not to say that it is against Catholic teaching on war to intervene violently because another nation is causing horrific harm to its own innocent citizens but to this point there are no criteria that guide decisions pertaining to humanitarian intervention.

Finally, the facts about the source of the use of the weapons are not entirely clear. While the US government seems satisfied that Assad is the one responsible for the use of chemical weapons, there are many credible voices who question that conclusion.

ALL OTHER MEANS OF RESOLUTION: We have not succeeded in getting support from other nations and international bodies for military intervention nor does it seem that we have done what needs to be done to secure it.  The Church urges that such issues as violations of human rights by nations be dealt with on an international basis.

The fact that an off the cuff remark by Secretary of State Kerry about the possibility of Assad turning over chemical weapons and the intervention by Russia to pursue that diplomatic possibility clearly demonstrates that not all possible ways of addressing the situation have been explored.  It is fundamental to just war principles that all other possible remedies must be pursued and found ineffective.