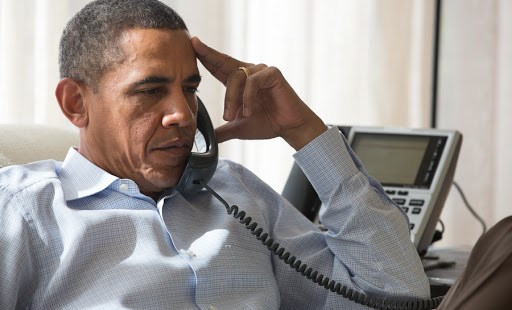 If you’re confused about who wants what and why in Syria, here’s Obama’s argument made simple.

Was it a good thing for President Obama, in his address to the nation on Tuesday night, to paint such a vivid picture of the moral horror of the recent use of chemical weapons in Syria? Referring to an August 21 attack that caused the deaths of over a thousand people, including hundreds of children, and allegedly ordered by Syrian president Bashar al-Assad, Obama said:
“The images from this massacre are sickening – men, women, children lying in rows, killed by poison gas; others foaming at the mouth, gasping for breath; a father clutching his dead children, imploring them to get up and walk. On that terrible night, the world saw in gruesome detail the terrible nature of chemical weapons and why the overwhelming majority of humanity has declared them off limits, a crime against humanity, and a violation of the laws of war.”

Simply from the point of view of natural justice, such vivid descriptions of the terrors apparently caused by Assad’s brutal regime are good for our political soul – a refreshing break from the usual gabble about U.S. “interests” abroad and a salutary reminder that our common humanity sets real limits to political power.

Peggy Noonan, however, wants none of it. About Obama’s descriptions of the effects of the poison gas, Noonan wrote on the Wall Street Journal blog, “Presidents shouldn’t say words and phrases like that. [Obama] should have referred listeners and viewers to the easily available and highly graphic documentation of the attacks, and simply characterized them as the painful thing they are.”

To the contrary, I believe presidents should say exactly words and phrases like that about moral atrocities, early and often – provided, of course, that they mean them.

This is not to say that Obama has handled the Syrian crisis well overall. His decisions have put both his and U.S. credibility through the wringer. First, he ignored his own ill-advised “red line” warning to Assad. Then he appropriately, yet belatedly, turned to Congress for approval of a strike. Finally, he once again led from behind by stumbling into a Russian diplomatic proposal to resolve the crisis. The situation is a mess, and it’s impossible at present to predict how it will turn out.

Obama’s moral assessment of the massacre, while welcome, is distinct from the military judgment. This distinction might unsettle many, in particular some Catholics. If innocent people, especially children, are suffering and dying at the hands of a tyrant, should we not, given that we have the power to do so, intervene on their behalf?

All depends on the justice of the intervention. On Tuesday night, Obama offered several justifications for a military strike intended to degrade Assad’s chemical weapons facilities. First, giving Assad a pass on this use of chemical weapons would encourage further tyranny. On the one hand, it would encourage Assad to use chemical weapons again in the future, while also encouraging other tyrants around the world to use poison gas – or even, in the case of Iran, nuclear weapons. As in World War I, American troops might again have to face the horror of chemical warfare on the battlefield.

Secondly, Obama reasoned that if the fighting in Syria spills over its borders, it could threaten allies like Turkey, Jordan, and Israel.

Later on in his speech, Obama offered a third argument: while he acknowledged that some of Assad’s enemies are Muslim extremists, he argued that “al-Qaida will only draw strength in a more chaotic Syria if people there see the world doing nothing to prevent innocent civilians from being gassed to death.”

With these reasons, Obama determined “that it is in the national security interests of the United States to respond to the Assad regime’s use of chemical weapons through a targeted military strike.”

Obama’s three arguments boil down to this: if we don’t push the bully back, then the bully and other bullies will only get more aggressive. This may be true; things could get worse if Assad’s regime isn’t punished. It’s a prudential judgment, which, as the Catechism says, can’t be decided in some theoretical aether. The decision rests in the hands of the appropriate civil authority – in this case, the President and Congress.

But before that judgment is acted upon, the diplomatic process first needs to play out. If the Russian gambit fails, then the issue needs to be thrown back to Congress. And it is here that things could get really tricky for Obama, for it doesn’t look right now that he has the necessary votes to authorize the strike. If Congress says no, what will he do? If he ignores them and pursues military action, he will be acting beyond his rightful powers. And if he acquiesces to their no vote, he will be doing the right thing, but his whole train of recent decisions regarding Syria will be derailed.

Let’s just hope and pray that the talks now taking place in Geneva will put an end to this crisis.