Romanian Martyr Hailed as Reminder of Freedom in Christ 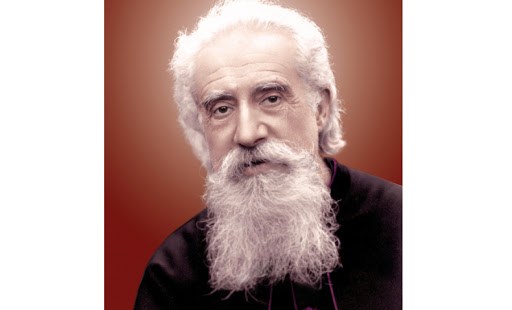 Monsignor Vladimir Ghika, a martyr under the 20th century communist government in Romania, was beatified on Aug. 31.

Monsignor Vladimir Ghika, a martyr under the 20th century communist government in Romania, was beatified on Aug. 31, recognized as a witness to Christian freedom despite persecution.

“He was a living example that in Christ you are a freeman and you can’t be enslaved even if you are thrown in jail or persecuted,” said Fr. Chris Terhes, communications director of the Romanian Eparchy of St. George's in Canton, Ohio.

The Mass of beatification was celebrated in the Romanian capital of Bucharest by Cardinal Angelo Amato, prefect of the Congregation for the Causes of Saints, and was attended by around 10,000 faithful.

The press officer of the Archdiocese of Bucharest, Cristina Grigore, told CNA Sept. 3 that among the 10,000, “there were also about 50 members of Ghika's family from Romania and abroad.”

Romania was behind the Iron Curtain following World War II, and in 1948 the country's communist government forcibly dissolved the Romanian Catholic Church, a Byzantine (or Greek) rite Church in full communion with the Bishop of Rome. Many Catholics were forced to convert to the Romanian Orthodox Church, which was supported by the state.

Cardinal Amato described the situation in his homily, saying that “Catholics were humiliated, their property confiscated, bishops and priests were imprisoned and killed, seminarians were tortured, lay Christians were forced to renounce the Catholic faith, monks were dispersed, schools and churches were closed and seized, religious liberty was suppressed.”

He added, however, that there were also “bishops and priests of the Romanian Orthodox Church who courageously opposed the abuse of Communist power, most of them ending up in prison or poisoned.”

The cardinal recounted Blessed Ghika's life, beginning with his 1873 birth into a royal family who were members of the Orthodox faith, and his subsequent conversion to the Catholic Church in 1902.

His conversion followed studies at the Angelicum in Rome. Blessed Ghika converted “believing that being Catholic means 'to become more orthodox', maintaining his life in unshakeable devotion to the Catholic cause.”

He used his wealth to care for the needy and sick, and was ordained a priest for the Archdiocese of Paris in 1923. Though a priest of the Roman rite, he was given bi-ritual faculties and also said Divine Liturgy for the Romanian Catholic Church.

In 1939, Blessed Ghika returned to Romania “to meet the needs of Polish refugees” after the Nazi invasion of Poland, Cardinal Amato said. He remained even after a new communist government forced Romania's king to abdicate in 1948, and began to persecute Catholics.

Blessed Ghika was arrested and imprisoned in 1952 at the age of 79. He became an “example of evangelical witness” through his “dignity, forgiveness of his persecutors, spiritual support of his co-prisoners, and intense prayer life.”

He remained in the prison at Jilava until he died May 16, 1954 “because of his cruel tortures applied by the Romanian secret police.” He had been beaten and tortured with electrical shocks, causing him to partially lose his sight and hearing. He died a martyr by “trials from imprisonment.”

Cardinal Amato called the martyr a “man of deep spirituality … having a strong desire to see the achievement of unity between the Orthodox and Catholic Churches.”

After recounting Blessed Ghika's life, the cardinal reflected on three aspects of his pastoral charity: an ecumenical heart; his active involvement in serving refugees, the sick, and those wounded in war; and his passion and death under a Stalinist regime.

The beatified martyr “proposed holiness as the indispensable means for promoting Christian unity,” Cardinal Amato said. He emphasized that ecumenism must be based on love and good faith, avoiding “unnecessary and harmful polemics.”

According to Cardinal Amato, Blessed Ghika “saw that the persecution and martyrdom of millions of Orthodox Christians, especially in Russia and Eastern Europe by communist regimes, would guarantee a true resurrection which, in the logic of the Paschal mystery, would lead to the resurgence of unity.”

The blessed's apostolate of caring for the poor included visiting prisoners, guarding Jews from deportation to death camps during World War II, and directing American food aid to Orthodox monasteries in Moldova during a 1946 famine, Cardinal Amato said.

Finishing his homily, he upheld the martyr's example of faith and prayer during his long martyrdom. Comparing Blessed Ghika to the prophet Isaiah, Cardinal Amato recalled his last words: “I am dying with a clear conscience that I did all I could (for) the true Church of Christ, during a sorrowful time for my country and for the civilized world.”

The cardinal added that the beatification Mass “should be lived as a prophetic sign of reconciliation and peace, a sad reminder of a past that should not be repeated.”

Because of Blessed Ghika's link with the Paris archdiocese, the Mass was attended by the city's bishop, Cardinal André Vingt-Trois, along with “a group of French pilgrims,” according to Grigore.

Fr. Terhes explained that the martyr’s example is one of courage for Catholics, through both his conversion and “by deciding not to comply with the law of an ungodly government.” The priest praised Blessed Ghika's decision to remain in Romania “knowing that would face the risk of being arrested.”

As Christians, Fr. Terhes reflected, “we can learn from his example that regardless of our heritage or family, each one of us is called to serve Jesus Christ.”