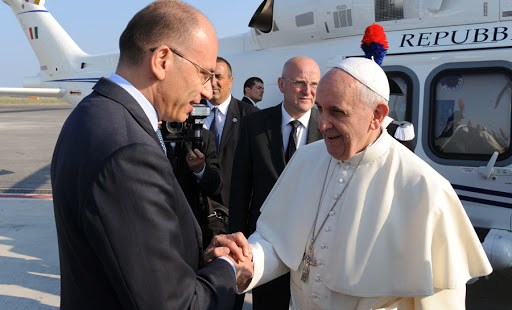 The Vatican has made public the packed schedule of liturgical activities Pope Francis will be involved in during the months of October and November.

The Vatican has made public the packed schedule of liturgical activities Pope Francis will be involved in during the months of October and November.

The Office of Liturgical Celebrations of the Supreme Pontiff also stated he will first partake in three celebrations in September, including a visit to the Shrine of Our Lady of Bonaria at Cagliari, Sardinia, on Sept. 22.

The Pope will then celebrate Mass at Saint Peter’s Square at 10:30 am on Sept. 29, a day during which catechists will be gathered in Rome. The following day he will hold an ordinary public consistory on several causes of canonization at the Consistory Hall at 10:00 am.

On Oct. 4, the pontiff will visit the Italian city of Assisi, the birthplace of Saint Francis.

Family day will be the highlight of Sunday, Oct. 27, during which he will preside a Eucharistic celebration at 10:30 am.

Pope Francis will have four major events in the month before Christmas.

He will preside Mass at the Cemetery of Verano, next to Rome’s Sapienza University, at 4:00 pm on Nov. 1 to celebrate All Saints.

On the next day, All Souls Day, the Pope will offer a moment of prayer for former pontiffs who have passed away at 6:00 pm.

On Nov. 4 at 11:30 am, he will celebrate Mass at the altar of the Cathedra in the Papal Chapel of Saint Peter’s Basilica for the souls of cardinals and bishops who died this year.

Pope Francis will finally officially close the Year of Faith in the Papal Chapel on Nov. 24 at 10:30 am, which coincides with the Solemnity of Our Lord Jesus Christ, King of the Universe.