Will Priests Soon Be Allowed to Marry? 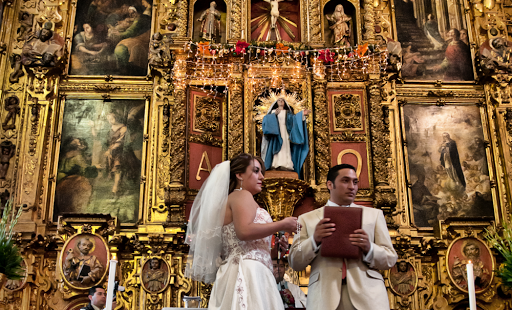 The recent comments of the Vatican Secretary of State-designate saying priestly celibacy is a matter of discipline, not doctrine, are neither authoritative nor at variance with the Church’s current teaching.

Reporters have jumped on an off-the-cuff remark by Vatican Secretary of State-designate Archbishop Pietro Parolin, in which he said that celibacy for priests was a discipline of the Church and not a dogma, thereby leaving the matter open to discussion.

The statement is unremarkable. Clerical celibacy has always been a discipline, not a dogma – it is therefore open to revision and change. The eastern rite Catholic Churches have married priests, and exceptions have been made for married former Anglican priests as well as some Lutheran and Methodist ministers. When they convert to Catholicism, the may receive permission from Rome to be ordained as Catholic priests. I am one such priest.

However, some reporters have jumped on Archbishop Parolin’s comments, saying that he has “declared” celibacy to be “merely a discipline,” as if Parolin has issued some sort of official decree which has changed Vatican policy. These comments are framed in a context of “Progressive Pope Francis” and his “change-oriented papacy.” In fact, there is nothing new in Parolin’s comments; they were no more than an off-the-cuff explanation. He did not say that the celibacy rule was changing or even that it was up for discussion.

Nevertheless, celibacy for priests can be discussed, and is discussed regularly in the Church at the highest level. If the topic is brought up for discussion again, the Church’s leaders will be considering certain factors that most commentators will miss. First, it should be made clear that the discussions will not be about whether priests need to have sex or whether they need to have a wife and family. The discussions will not be along the lines of “If priests could marry, they would not be child abusers!” Such subjective erotic and emotional opinions will not be on the table.

The discussion on priestly celibacy will not be driven by the highly sexualized Western culture. In the developed world, which often seems addicted to sex, celibacy is seen as a sick alternative. However, it is our culture that is sick: marriage is disintegrating, and the family is reeling from attacks from an epidemic of pornography, prostitution, divorce, promiscuity, and sexually transmitted diseases. If celibacy for priests is discussed, it is not because the sex-addicted developed world is demanding a change.

Instead, the discussion will focus on the need for the Catholic discipline to adapt in a suitable way to different cultures around the world. The Catholic faith is mushrooming in Africa, Asia, and South America. The African culture in particular does not have a long standing tradition which venerates celibacy. In many parts of the developing world, a man is expected to marry and celibacy is seen as a strange, foreign imposition on their culture. The result is widespread concubinage and disregard for the discipline. The question is, “How much should an indigenous culture adapt to Catholicism, and how much should Catholicism adapt to the indigenous culture?” The question of celibacy for priests is therefore part of a larger discussion on evangelization and inculturation.

Another factor which impacts the discussion on celibacy for priests is the Catholic Church’s relationship with the Eastern Orthodox. The Eastern Orthodox discipline is that an ordained priest may not marry, but married men may be ordained. In other words, if a man is already a priest, he must remain celibate. He is also expected to be part of a monastic community. However, it is possible for married men to be considered for ordination. This aligns with St. Paul’s instructions in 1 Timothy that an elder should be the “husband of one wife” and that he must have an orderly and decent household. In other words, men whose marriages are tried and tested may be considered for ordination.