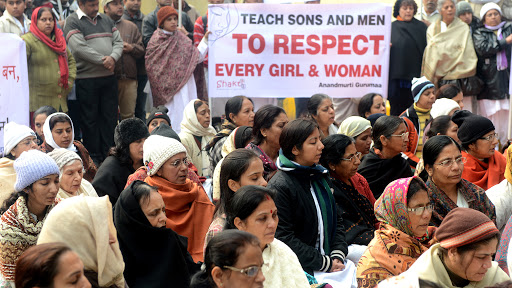 After nationwide protests, Fast track court says there should be ‘zero tolerance’

A fast track court in Delhi on Friday sentenced four men to death by hanging, for the rape and subsequent death of a young medical student in a case that sparked nationwide outrage.

The court said the details of the case, in which the four men were accused of raping and violating the victim with a steel pipe qualified as the “rarest of the rare” situations that warranted the death sentence, adding that society should have “zero tolerance” for such a brutal crime.

The victim’s family members and others who packed the court applauded the verdict when it was announced.

“Those who behaved like animals with my daughter have been given the right punishment,” the mother of the victim said after the court ruling.

Federal Home Minister Sushilkumar Shinde welcomed the judgment, saying “justice has been given to the victim”.

The victim was gang raped by six men in Delhi in a minivan on December 16 last year. She died less than two weeks later while receiving treatment at a hospital in Singapore, where she had been evacuated because of the severity of her injuries.

Six people were arrested in connection with the case. One committed suicide in jail earlier this year, while another, a 17-year-old minor at the time of the incident, was sentenced to three years in prison last month.

Courts in India hand down a death sentence only rarely, and today’s sentencing came after two postponements.

AP Singh, defense lawyer for the accused, criticized the sentencing, saying “the verdict of the court is politically motivated”.

He added that he would challenge the verdict in High Court and suggested that killing the defendants would not bring an end to rape and murder in the country.

Originally published at UCAnews on 13 September 2013. Used with permission. All other rights reserved.