Hispanics Must Take Control of Their Own Destiny in the US 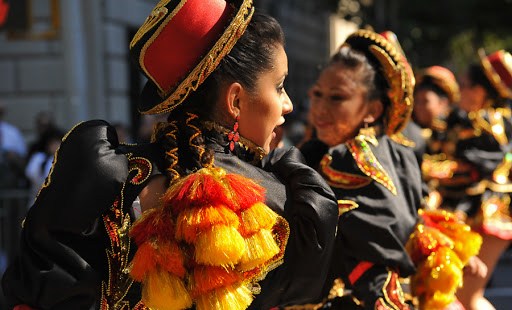 Let us no longer drift at the mercy of those who do not accept us, who exploit us, or want us to be without identity in this great nation, which still needs to discover the beauty of Hispanics.

Between September and October of each year – coinciding with Mexico’s Independence Day and ending with the celebration of the “Encounter of Two Worlds” – the United States celebrates National Hispanic Heritage Month, a nationally recognized observance which has been enacted into law.

Today, to speak of the significant Hispanic presence in this country is to speak of something obvious. The National Census Bureau indicated that there are 53 million Hispanics as of July 1, 2012 residing in the United States – and this is in addition to the three million people who live in Puerto Rico.

Hispanic presence in the life of this nation is not a recent phenomenon. In fact, Hispanics have been here even before the arrival of the pilgrims. Since 1550, men like Pedro Menéndez de Avilés, together with other explorers, travelled and explored the width and length of the territories which today constitute the United States of America. Hispanics had established themselves in what today is called Florida many years before the British founded Jamestown. Without a doubt, Hispanics have made a mark in the history of this nation. We have participated in many of the heroic deeds during its formation and have greatly contributed to the overall development of the United States.

Because of our substantial and growing numbers, subjects such as immigration or the legalization of undocumented immigrants are today on the front pages of the media and rank amongst the principal preoccupations of the institutions which have in their hands the destiny of this nation.

It is important to note that there are three U.S. senators and thirty House representatives of Hispanic origin in Congress. This speaks loudly to the undeniable Hispanic contribution in today’s North American society.

Our presence here is a reality, but the mere simple existence of a large population does not give authority.  Authority comes from authorship of our own destiny; we must be protagonists and not simply spectators of our own historical and social destiny within this nation. Only then would we have gained respect and recognition from others. It is not enough that we are many; big numbers give not true rights. What is needed and urgent is for us to shape the quality of our contributions.

We must define our existence as Hispanics in this nation in a meaningful way by integrating the Hispanic community into the greater American life and to have social, religious, political, economic, cultural, and academic influence in the life of this nation.

During the celebration of Hispanic Heritage Month, we allow ourselves the opportunity to reflect and truly understand our present situation and its challenges, and to be on the alert about the best way we can develop a future as a Hispanic Community and be of influence and contribute to the everyday life of the American Union.

Some of the questions we must ask of ourselves are:

The work that is in front of us is difficult and requires the conscious, responsible and generous participation of all Hispanics. Hispanics need to develop internally the required leadership to thrust ourselves as a voice in the building of the present and future of this nation. This effort implies a focus on encouraging our youth to obtain a higher degree of education, to develop skills in organization and respect for one another, and the ability to develop a higher degree of communication with the dominant culture so that together, we can make this society more viable and humane.