The Calling Pope: Reported Papal Phone Calls Just the Tip of the Iceberg 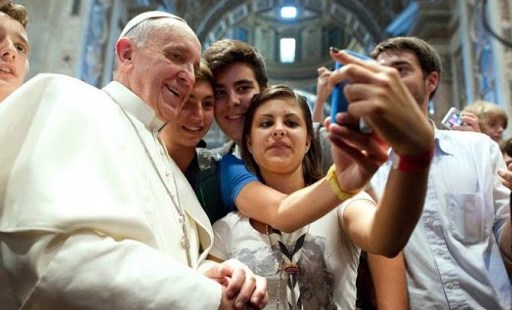 Pope Francis indicates he’s called many more people than has been reported in the media. He says he’s called people regularly since he was the archbishop of Buenos Aires.

"Good thing they don’t know about all the ones I have made!" According to Monsignor Dario Vigano, director of the Vatican Television Center, that's what Pope Francis told him when he asked about the personal phone calls Pope Francis has been making recently that have been reported in the media in recent weeks.

The Pope's word imply he has made many more calls than have been reported in the media.

Monsignor Vigano also said the Pope explained regarding the phone calls, "That’s the way I am; I’ve always done this, even in Buenos Aires."

Pope Francis has become the "calling Pope". He receives thousands of letters, and he's reportedly been personally calling some of the people on the phone to respond.

Earlier this month, several news outlets reported that Pope Francis called a woman who had had a child out of wedlock. The father had pressured her to have an abortion, but she had refused, and now she was raising the child by herself. The Pope told her he'd personally baptize the child and be a "spiritual father" to the child.

He also called a rape victim in Argentina and encouraged her that justice would be served. She later told Argentinian television. “He restored faith and peace in me and gave me strength to carry on fighting.”

With the chance that the Pope might call you higher than it's ever been in history, one Italian reporter put together a list of etiquette to remember in case the Pope ever calls you.