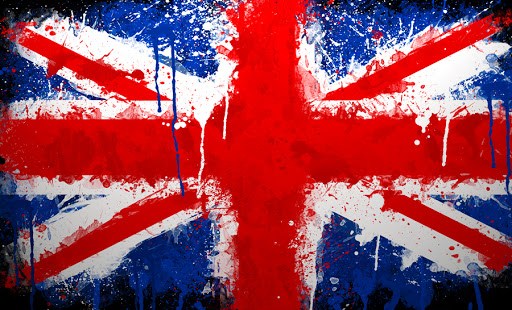 Leading British pro-life organisation SPUC, speaks to Aleteia about the shocking decision and its consequences.

Last year The Telegraph went undercover and exposed two doctors offering to perform gender abortions, a wholly unlawful practice in the United Kingdom. After a 19 month enquiry, the Crown Prosecution Service (CPS) has decided not to prosecute the pair in any way.

Despite admitting that they have “sufficient evidence” to “warrant a prosecution with a realistic prospect of conviction,” the CPS stated to police that a “public interest test had not been met.”

The whole morbid affair came about after a government analysis indicated that the unlawful practice was occurring due to a highly disproportionate number of male and female birth records in certain communities around the UK.

The Telegraph subsequently carried out an undercover investigation whereby reporters accompanied pregnant women to nine different clinics around the country. They caught two doctors on film, offering the expecting mothers to abort their babies despite the mother having made the request on gender grounds. In one of the cases, the mother-to-be even likened it to “female infanticide.” This did not prevent the doctor from offering the abortion.

There has been some concern raised in parliament about the CPS’ decision not to prosecute.

Conservative MP Nadine Dorries, in addressing David Cameron, said: "do you agree with me, prime minister, that this is very uncomfortable, the fact the 57 Act is now almost obsolete and puts our abortion policy on a par with India and China and a female foetus in the womb today is more vulnerable than she was last week?"

To which he replied: "In our country we do have independent prosecuting authorities. It’s very important that they look at the evidence and they make a decision on the basis of likelihood in getting a conviction and the public interest in making a case and taking it to court. That’s how things have to work in our country, but I share your concern about what we’ve read and what has happened.”

On Saturday 50 MPs made an alliance against the CPS, accusing them of “an unconstitutional encroachment on the role of Parliament by refusing to bring charges against doctors linked to illegal abortions.”

Leading British pro-life organisation SPUC (Society for the Protection of Unborn Children) has also been busy on the front lines. Their General Secretary Paul Tully speaks to Aleteia about the shocking decision made by the CPS and its consequences.

Very much in the public interest

What was particularly disturbing to Tully and the SPUC team was the fact that the CPS said “it wasn’t a public interest to bring a prosecution.”

“That is something that is very strange” he asserts. “If offering to kill a child, for payment, for such a callous reason as that she is the ‘wrong sex,’ is not against the public interest, then it is hard to think anything could be.”

He explains that “when the CPS says it is not in the public interest, they’re actually applying some fairly specific rules about what is termed a public interest test, set out in the code of practice for Crown prosecutors. This requires them to look at issues like how responsible the suspect who may have broken the law is; how serious the crime that they are suspected of having committed is. It is not merely a case of public interest in the sense of: ‘is this something that is going to morally outrage people?’ It is a very specific test.”

Nevertheless Tully explains how paradoxical the CPS’ decision was, based upon its own criteria. “If it is an illegal abortion that has happened, been proposed or attempted” he says, “then that carries up to a life imprisonment sentence; it is one of the most serious crimes on the statute book.” So, he concludes, “it is very difficult to see how the CPS can come to the conclusion, applying their own rules…that this is not actually in the public interest.”

However, he adds that “it is entirely disregarded because of our Abortion Act, which allows abortions to take place practically on demand.”

“When we look at the british abortion figures" continues Tully, "98% of abortions are performed in this country on a legal ruling which allows abortion to be done if the continuation of the pregnancy involves a greater risk to the woman’s mental health than if she has an abortion. This has become a highly controversial area, particularly with the increasing evidence of the damage to a woman’s mental health that abortion does.