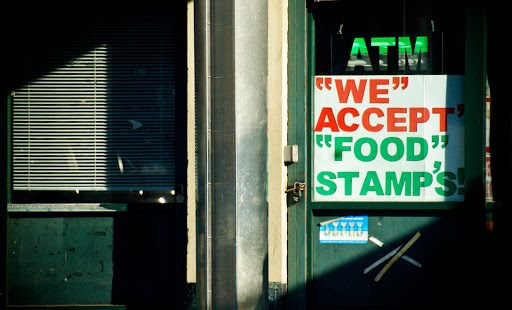 Catholic bishops have asked the U.S. House of Representatives to reject $40 billion in proposed cuts to the Supplemental Nutrition Assistance Program (SNAP).

Catholic bishops have asked the U.S. House of Representatives to reject $40 billion in proposed cuts to the Supplemental Nutrition Assistance Program (SNAP), formerly known as the food stamp program.

“Adequate and nutritious food is a fundamental human right and a basic need that is integral to protecting the life and dignity of the human person,” said Bishop Stephen E. Blaire of Stockton, Calif., in a letter to the members of the House of Representatives.

“How the House chooses to address our nation’s hunger and nutrition programs will have profound human and moral consequences,” added the bishop, who chairs of the U.S. Bishops' Conference's Committee on Domestic Justice and Human Development.

The cuts are part of the 2013 Farm Bill, the main agricultural and food policy guide for the country, and source of funding for a number of programs and regulations in the food and agriculture industries.

The current regulations are found in the Food, Conservation, and Energy Act of 2008, which expires on September 30, 2013. In June, the House failed to pass a version of the Farm Bill that contained $20 billion in cuts to the Supplemental Nutrition Assistance Program.

Bishop Blaire asked the House to continue to oppose cuts to the food aid program, saying that the “government has an indispensable role in safeguarding and promoting the common good of all.”

“This includes ensuring poor and hungry people have access to adequate and nutritious food.”

He added that the program “is one of the most effective and important federal programs to combat hunger in the nation.”

Cuts to it would remove the relief the program offers to “overwhelmed parishes, charities, food banks, pantries and other emergency food providers” in the faith-based and private sectors that “are vital in the fight to combat hunger.”

“SNAP remains an essential tool to help struggling individuals and families avoid hunger and stay out of poverty,” the bishop added, saying that even “with evidence of a modest economic recovery,” many people in the United States are still struggling.

“Struggling people are not seeking a life of government dependency but rightfully deserve decent paying jobs to provide for them and their families,” Bishop Blaire stated.

The bishop also criticized plans that would “eliminate access to SNAP for people who have at some point in their lifetime committed certain crimes.” Such proposals, he said “re counterproductive and an affront to human dignity.”

“Persons who have paid their debt to society and their families should not be penalized for the sins of the past.”

He also critiqued ending state waivers for SNAP work requirements as “unreasonable,” saying that the states “should continue to be afforded the flexibility to assess and respond to local needs and economic conditions.”

“This is a crucial time for our nation to place a circle of protection around programs that build a more just framework and put poor and hungry people first,” Bishop Blaire encouraged members of the House.

“I respectfully urge you to reject efforts to reduce or restructure SNAP, and to pursue instead the common good in agriculture and food policy that works from a genuine preferential option for the poor.”