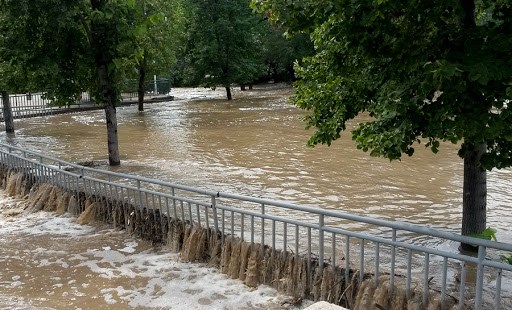 Catholic relief agencies in Colorado are assembling to provide long-term assistance for victims of the massive floods that have struck the state in the past week.

Catholic relief agencies in Colorado are assembling to provide long-term assistance for victims of the massive floods that have struck the state’s Front Range in the past week.

“It’s just been devastating,” said Geoff Bennett, vice president of shelter and community outreach for Catholic Charities of the Archdiocese of Denver.

Bennett told CNA Sept. 16 that the agency is reaching out to parishes in affected areas “just to assess what the need is and how we can provide assistance.”

Many parishes are hosting community meetings about the disaster, caused by several days of record-setting rainfall in the normally dry climate, which triggered flash floods and a sustained increase in water levels.

“It sounds like they’re all just now trying to figure out what is going on,” he said, adding that Catholic Charities can serve as a resource for parishioners’ long-term needs.

Information about the extent of the disaster is still incomplete. At least seven people have died in the floods, and more than 1,200 people were still unaccounted for on Sept. 16, with power and phone service down in several areas.

More than 11,000 people have been evacuated, according to local reports, and nearly 18,000 structures have been damaged, some 1,500 of them destroyed.

The damage is widespread, affecting 15 counties along the eastern slope of the Rocky Mountains and into the eastern plains. Among the most heavily affected are Boulder and Larimer counties in the north part of the state and El Paso county in the south. Some rural and mountain residents have been cut off from roads and communications networks.

President Barack Obama has declared the Colorado floods a major disaster and has authorized federal funds to help flood victims. Denver Archbishop Samuel J. Aquila has called for prayers for all those affected.

Glenn Good, regional director of Catholic Charities of Larimer County, said that the agency had to evacuate its homeless shelter in Fort Collins on Friday. It is assessing the facility, which “appears to be okay.” The agency is also attempting to locate any displaced clients.

The immediate emergency response is primarily handled by the American Red Cross and the Salvation Army, while Catholic Charities assists in long-term recovery.

“For the most part people are in shelters or staying with families or in motels,” Good said. “We’re in the process of trying to figure out these people’s needs and how we are going to help them move on.”

The agency is still helping hundreds of victims of the massive wildfires which struck Colorado in 2012, work anticipated to continue into next summer.

That disaster prompted the Catholic Charities affiliate and other agencies to form a long-term recovery group that will now be repurposed to help flood victims.

Good said that the recovery process for flood victims will be similar to the effort after the fires: with the help of Catholic Charities USA, the local agency will raise funds to help survivors. The agency has already established a process for survivors to meet with case workers to evaluate their needs and to set a plan for recovery.

However, insurance could pose a major problem for flood victims.

“Unfortunately, what I am hearing here in northern Colorado related to the flood, is that a lot of people did not have any flood insurance,” Good said. “So that’s going to be a great concern, obviously, if we are going to have a lot of people who are essentially uninsured for flood damage.”

“There were a lot of people who wanted to help. All of our agencies have been inundated with people who want to not only volunteer their time, but also donate funds to help with the effort,” he noted.

“A lot of people are in need, but fortunately there are some people willing to give.”

Bennett explained that some aid could include gift cards for food and clothing.

The agency has applied for some emergency grants and is receiving donations, he explained. It has also partnered with government and private agencies “to work together and help as many people as we can.”

“Everyone is in our prayers. We know how difficult this can be,” Bennett said.

Donations to flood victim relief may be made through the Catholic Charities of the Archdiocese of Denver website at http://www.ccdenver.org.