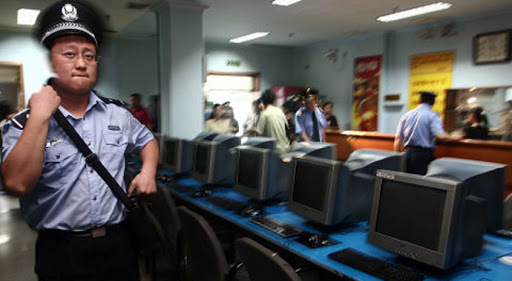 Is freedom of speech the real target?

in Zhihui, a PR executive in Beijing, has a history of spreading “rumors” online, according to Chinese police.

After two high-speed trains collided outside the eastern city of Wenzhou in July 2011, Qin used his account on Weibo – China’s equivalent of Twitter – to claim that families of the three foreigners who died in the accident were offered US$33 million.

Meanwhile, compensation for the 37 Chinese victims was reportedly more than 200 times less.

But it wasn’t until Qin was accused of ridiculing Lei Feng – a long-dead soldier, Communist hero and propaganda darling – that Beijing police detained him.

“Many web users reported this to the police demanding a thorough investigation of the creators of the rumors defaming Lei Feng’s image,” read a police statement after Qin and three others were detained last month.

Since then, the Communist Party has ramped up a war targeting online “rumors” prompting strong and often black-and-white criticism in Western media and confused debate in China itself.

Arrests have been reported almost daily amid a crackdown that critics say is about cutting online opinion leaders down to size while placing the internet back under tight, Communist control.

Venture capitalist Charles Xue, an American citizen, represents the most high profile case so far. Followed by 12 million people on Weibo, Xue was detained on prostitution charges late last month and then reappeared on state-run CCTV on Sunday to admit “irresponsibility in spreading information online.”

In between his arrest and bizarre confession, China’s highest court issued a new legal interpretation confirming online defamation as a criminal offense in cases where false information is viewed more than 5,000 times or reposted more than 500 times. The maximum sentence is three years in prison.

“No country should consider the slander of other people as ‘freedom of speech’,” said court spokesman Sun Jungong announcing the ruling live on the state-run People’s Daily website on Sept 9.

Sarah Cook, a senior research analyst on the internet in East Asia at Freedom House in Washington DC, says that criminalizing defamation with vague, draconian rules will only harm this fundamental right among China’s 600 million internet users, however.

“It seems almost certain to generate a strong chilling effect and we may already be seeing it,” she says. “We will probably see an increase in self-censorship.”

A key problem, says Cook, is that the Chinese crackdown on rumors mixes up behavior which would draw punishment in any country – such as deliberate and false character assassinations online – with genuine efforts to spread true and important information.

On Aug 29, police in eastern Hubei province detained a man for posting details of a fatal car crash. Although the basic facts about the accident were correct, he mistakenly said that seven people had died instead of three in a case which even the state press criticized.

“At times, the whole purpose of social media is to spread information before it is absolutely certain,” says Gary King, a social scientist at Harvard University.

Following recent studies on Chinese online censorship, King has concluded that – contrary to widespread belief – the Communist Party is often happy to allow information critical of itself even as thousands of censors reportedly delete postings around the clock.

In a country where there are no elections or reliable polls, such opinions offer a rare and valuable barometer of public sentiment, he has argued.

What the Chinese government really fears, he says, is online activity which spurs ordinary Chinese citizens into action or creates a critical mass of discontent.

So far, evidence suggests that the recent online crackdown is having this desired effect. Although criticism of the new criminal defamation measure has been fierce – one Weibo user described the move as “absolutely unjust” – the reaction remains verbal only.

Meanwhile, Weibo’s 500 million users are reportedly 30 percent less active this year and opinion leaders are being cowed by the Communist Party and its supporters.

Last month, CCTV executives met with a group of celebrities – all followed by millions of Chinese on Weibo – to seek agreement that they would abide by “seven minimums,” or rules designed for towing the party line.

Socialism, national interest, morality and public order made up the backbone of this agreement, according to the People’s Daily.

“Everyone agreed that internet celebrities should take on additional social responsibilities,” the newspaper added.

The move marks the latest Chinese effort to force those with online influence to take responsibility for their comments.

Since 2009, Weibo has offered account holders the chance to earn a “V” for verified beside their names guaranteeing the authenticity of what they say, a service which requires users to provide their ID, phone numbers and an employment certificate.

Similarly, internet cafes have in recent years begun to enforce a rule which had been loosely followed requiring all users to provide a scan of their ID cards.

While its common for ordinary Chinese internet users to express concern that they’re being watched and missing out on the full online experience – Facebook, Twitter and even Google News remain blocked – many remain apathetic about what this crackdown means for them.

A 22-year-old university graduate and regular Weibo user in southern Guangdong province who declined to give her name said that she is glad that authorities are finally tackling misinformation on the internet.

“I don’t think it will change my behavior,” she says. “I never spread false rumors online.”

Originally published at UCAnews on 18 September 2013. Used with permission. All other rights reserved.