Where the 20th Century Happened 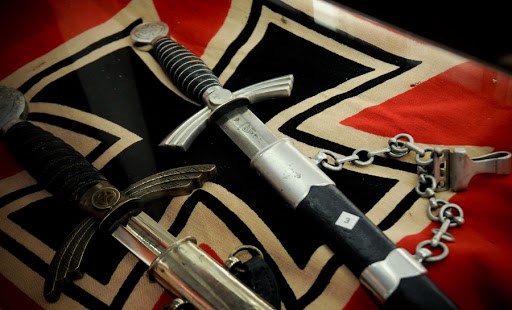 This past August, while contemplating the beauties of the Ottawa River from the deck of my family’s cottage on Allumette Island, Father Raymond de Souza, the Canadian commentator and a former-student-become-friend-and-colleague, offered an interesting take on World Youth Day 2016, which will be held in Cracow. When you think about it, he said, “the 20th century happened in Cracow.”

I think I know what Father de Souza meant. Cracow and its people suffered terribly under both Nazi and communist occupation; the murders at Auschwitz took place a few dozen kilometers away; the city-without-God, Nowa Huta, was built outside Cracow, as payback for the city’s failure to vote correctly in a bogus communist election. Yet the bad news was not all the news there was, in Cracow. For in this same city, the divine answer to the unprecedented human wickedness of the 20th century was given, in the visions of the divine mercy that seized the religious imagination of an obscure Polish nun, Sister Faustina Kowalska. And it was from Cracow that there came a man who brought Sister Faustina’s message of divine mercy to the world.

When he was a young adult, that man often walked past Sister Faustina’s convent in freezing winter weather, clad only in clogs and denims, to his work as a manual laborer. When he became a bishop two decades later, he took up Sister Faustina’s cause and helped clarify misunderstandings in Rome about the nun’s spiritual diary that were impeding the spread of the divine mercy devotion throughout the world. And finally, that man, now the Bishop of Rome, celebrated the canonization Mass at which Sister Faustina Kowalska was proclaimed the first saint of the third millennium.

Prior to Faustina’s canonization, some grumbled that John Paul II was privileging a unique, Polish experience of Catholic piety by putting the divine mercy at the center of the Great Jubilee of 2000. That didn’t strike me as very persuasive then. And in light of Father de Souza’s insightful observation about the singular way that Cracow embodies the 20th century, it doesn’t strike me as very persuasive now.

John Paul II had a keen insight into the way in which the two totalitarianisms of the 20th century had shredded the moral and spiritual fabric of humanity. The Gulag and the Nazi death camps; the Ukrainian terror famine, the genocide of the Chinese “cultural revolution,” the Cambodian genocide—all of this, and more, had left 21st-century humanity with a terrible burden of guilt. And to whom could those terrible crimes be confessed: those sins that had made an abattoir out of a century imagined, at its outset, to be one of unlimited human progress? How could the guilt piled up by of so many crimes be expiated?

According to Aleksandr Solzhenitsyn, another man who read history through Slavic cultural lenses, the unique horrors of the 20th century had taken place because (as the Russian novelist and chronicler put it in his 1983 Templeton Prize lecture) men and women had forgotten God: “The failings of human consciousness, deprived of its divine dimension, have been a determining factor in all the major crimes of this century.” French theologian Henri de Lubac made a similar point in The Drama of Atheist Humanism: the 20th century proved that men and women could indeed organize the world without God; but without God, they could only organize it against each other.

John Paul II knew all of this. That is why he wanted to “universalize” the message of the divine mercy that had been given in Cracow as the answer to the anguish and despair caused by the horrors of the 20th century. The God of the Bible, a God of infinite mercy, was the One to whom the burden of the 20th century could be brought for expiation.

Keeping all this in mind would help the planners of World Youth Day 2016 give that gathering a particular focus and resonance.