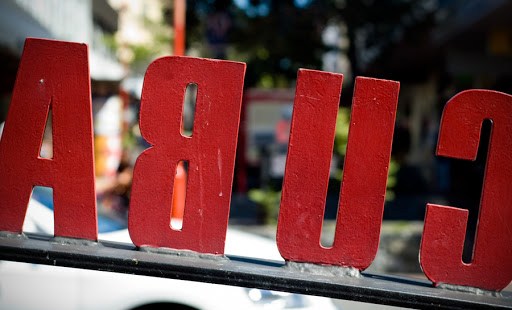 Cuban bishops address their government and the U.S. in a new pastoral letter, urging for political reform and a more inclusive policy from the U.S. towards Cuba.

In a new pastoral letter, the Cuban bishops said that in “the hope for a better future,” their government should begin political reform and the U.S. should adopt “an inclusive policy” towards their country.

“Cuba is called to be a pluralistic society…Cuba is the nation of all Cubans, with their differences and aspirations, although it has not always been this way,” the bishops wrote in “Hope Does Not Disappoint,” a pastoral letter delivered to the government and read in parishes Sept. 15.

“There should be a right to diversity with regards to thought, to creativity, to the search for truth. Out of diversity comes the need for dialogue.”

The letter praises recent economic reforms undertaken by Raul Castro, the nation's president. Castro succeeded his brother Fidel, a leader of the 1959 communist revolution, as president in 2008, and has allowed small private businesses, greater freedom for foreign travel and the sale of homes and cars, and decentralized state businesses.

Despite these economic reforms, Castro has maintained that the Communist Party will remain the only one allowed in the political sphere.

In response, the bishops said “we believe it is indispensable” to “update” national legislation “in the political order.”

“For some time there have been emerging opportunities for debate and discussion at different levels and environments, sometimes created by citizens themselves: intellectuals, youth and others who, from the grassroots, have expressed in different ways their vision of the changes necessary in Cuba with serious and diverse opinions and proposals.”

They pointed out that the country is no longer the same as it was decades ago, and that in the emerging reforms, “a clear, although still incomplete, reflection of the demands long yearned-for by the Cuban people” can be seen.

The bishops said they hoped reforms would continue to expand, for the good of the people and for new generations of Cubans, many of whom have yet to experience the conditions necessary for building a life for themselves.

Citing the growth of globalization and interdependence, the bishops noted the need for reformation of international relations.

“It is necessary to consider the relations of Cuba with the U.S., which during long decades, in different, constant and steady ways, has affected the life of our people” they stated.

Since the 1959 revolution, the U.S. has maintained a crippling economic embargo on Cuba, which has been slightly eased by the Obama administration.

The bishops quoted Blessed John Paul II, who said during a 1998 visit to the country that “the isolation led to indiscriminate impacts on the population, increasing the difficulties of the weakest in basic aspects such as food, health, and education,” and calling for the end of “the unjust and ethically unacceptable measures imposed from abroad.”

The bishops also noted the large number of Cuban Americans in the U.S., pointing out that “geographical proximity and family ties between the two nations are unavoidable realities that should be taken into account to favor an inclusive policy…which can alleviate the tensions and the suffering experienced by numerous persons and families, as well as a just commercial exchange oriented to the benefit of all.”

“In this respect, we exhort you, too, to be encouraged to new initiatives of dialogue, enabling that the wish of Blessed John Paul II that the world open up to Cuba and Cuba to the world become a reality for the benefit of all.”

In addition, the bishops recalled the importance of the visits of both John Paul II and Benedict XVI, which “marked our recent history with the sign of hope.”

Both Roman Pontiffs “bore witness not only to the human and social dimension, but also the religious dimension, of the Church’s mission of evangelization. Both referred to the spiritual and social reality Cubans face today and in the future,” they said.

They also underscored the devotion to Our Lady of Charity, the patroness of all Cubans “regardless of race, class or opinion,” and remembered last year's 400th anniversary of the image's finding.

The bishops noted that God’s plan is that all his children enjoy the goods of creation through responsible freedom.

They also said that government should be concerned with the common good, and denounced selfishness seen in “groups of power who do not always represent everyone and do not show interest for those who are not part of their circle.”

“The participative state must definitively replace the paternalist state,” they stressed, encouraging Cubans not to fear “the development of a strong and responsible social autonomy.”

In their letter, the bishops also reiterated their call to dialogue as “the only road to attaining and sustaining the social transformations that are taking place in Cuba, as dialogue is always enriching because it provides the chance to contribute new ideas and solutions to the problems or conflicts that we are facing.”

“In the recent past, the Church’s work of mediation, which led to the release of dozens of prisoners, is a sign that this road is possible in our country, and this should extend as well to other sectors and groups in the nation.”

They emphasized the importance of the family as “the school of humanity” and the source of values.  However, they warned that family life “has greatly deteriorated, with grave consequences that have repercussions in the lives of people and in society.”

To promote “the desire to be good and the practice of virtue,” the bishops proposed that the Church work together with families, schools and media to educate youth.

They called on Christian youth to work toward a hope-filled future by promoting the Gospel in Cuban society, saying their “enthusiastic response…is necessary today to carry out the mandate from Christ to renew the evangelization of our people without ceasing.”