The Candidate for PM that India Does not Need 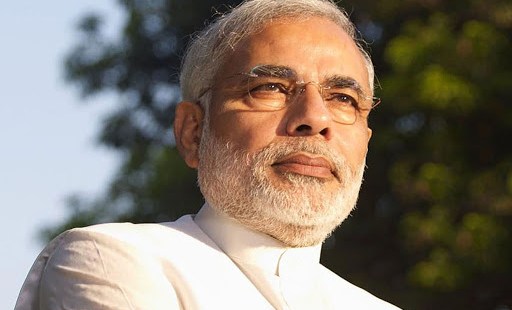 Before a huge crowd, many of them ex-servicemen, Modi said it was he who envisioned and built the 700km Kutch pipeline, which carries fresh drinking water across Gujarat state to troops stationed on the border with arch-foe Pakistan.

The three-time Gujarat chief minister said he did it out of respect for the soldiers stationed at the border. This statement was obviously greeted with thunderous applause.

But it was far from the truth.

His speech demonstrates how he simultaneously takes credit for the achievements of others and glosses over his own inactivity.

Gujarat in Western India has been one of the country’s more progressive and industrialized states. Today however, there is much hype over the so-called “Gujarat development model” under Modi, who has been chief minister since October 2001.

But these are highly manipulated statistics, since Gujarat economic data for the years preceding 2001 was even more impressive.

In fact, under Modi, Gujarat’s social indicators are abysmal. Child malnutrition has increased; the male-female ratio is widening; the status of women has declined; unemployment and poverty in general has grown. So what is being flaunted as “development” or “good governance” is essentially a sham.

On the human rights front, Modi’s performance is poor. The killing of more than 2,000 Muslims and the displacement of several thousands more during the “Gujarat carnage” of 2002 took place on his watch. Several legal cases in which he is named as the primary accused are ongoing. The National Human Rights Commission and even the Supreme Court have stated that responsibility for the protection of those citizens was definitely his.

In March 2003, Modi introduced the Gujarat Freedom of Religion Act, one of the most draconian laws in India. It is clearly aimed at those who want to embrace another religion, and contravenes the Indian constitution, which guarantees Indians the right to preach, practice and propagate one’s religion.

In February 2006, at the Shabri Kumbh Mela, a Hindu religious gathering in the Dangs area of Gujarat, Modi ranted and raved against Christian missionaries and their work.

Modi has also been accused of being behind the alleged killing of several Muslim youths, in what are commonly known as "police fake encounters," in which officials kill “armed” people in stage managed shootouts.

In a 10-page letter written on September 1, D G Vanzara, a former senior Gujarat police official who was jailed several years ago in connection with the killing of several of these innocent Muslim youths, pointed the finger directly at Modi and Amit Shah, the former state home minister. He said he and other accused policemen were following government policy.

Modi has been schooled in the ideology of the Rashtriya Swayamsevak Sangh (RSS), an extremist, right wing, paramilitary organization that was allegedly responsible for the assassination of Mahatma Gandhi and several recent terror attacks.

The core teaching of the RSS is "Hindutva"– the formation of a Hindu nation state where minorities, particularly Muslims and Christians, are accepted only as second class citizens.

There is little doubt that Modi subscribes to this Hindutva agenda which goes against the secular, democratic and pluralistic fabric of the constitution. Thus promoting Modi as a prime ministerial candidate poses a very serious threat not only to India, but also to the whole of South Asia.

Modi’s style as a politician, besides being divisive, is also authoritarian. This style does not have a place in an era where coalition politics has come to stay in India, and which emphasizes the need and importance of collaborating with political partners across the spectrum.

National elections in India are due in May 2014. Candidates who are likely to win seats are those who best represent the interests of all, particularly the poor and the marginalized.

The ‘Modi for PM’ campaign will be on overdrive in the coming months. But the people of India will vote for a party or an individual that stands for the democratic and secular traditions of the country based on justice, liberty, equality and fraternity. Modi does not fit this bill.

Cedric Prakash is a Jesuit priest and the Director of PRASHANT (Tranquility), the Ahmedabad-based Jesuit Centre for Human Rights, Justice and Peace.

Originally published at UCAnews on 19 September 2013. Used with permission. All other rights reserved.