The USCCB, Social Injustice, and that Pesky Principle of Subsidiarity 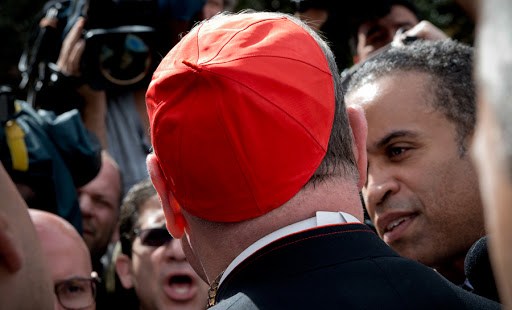 The USCCB is too focused on government solutions to social problems and often forgets key components of the Church’s social teaching.

Many faithful Catholics know that for decades, the U.S. Bishops’ Conference and its bureaucratic arm have often been criticized for their statements about public questions and issues. The statements have at times seemed to line up too readily with politically liberal positions, been overly specific, too focused on public policy solutions, and unduly restrictive of lay options. The problem was documented thirty years ago by J. Brian Benestad’s Pursuit of a Just Social Order: Policy Statements of the U.S. Catholic Bishops, 1966-80. To be sure, the bishops have taken a much more restrained stance since the 1980s, when the whole matter came to a head with the controversial statements on war and peace (The Challenge of Peace) and the economy (Economic Justice for All). It had been argued that the conference was too much influenced and deferential to its left-leaning staffers. And while there have in the last few years been encouraging changes in the USCCB’s staff, the positions taken by the Conference on some leading current public questions show a need to examine more the complexity of some issues and to give sufficient emphasis to all the leading principles of Catholic social teaching, and not over-embellish just certain ones.

For example, during the healthcare debate of 2009-10, the conference seemed to focus most of its attention on the abortion coverage issue. On one hand, this is understandable, since the human life issues remain the crucial moral question of our time and the bishops no doubt remembered the strong Clinton push to include abortion in his 1993 national health insurance proposal. In a statement early in 2011 after the passage of the Affordable Care Act (“Obamacare”), the USCCB clearly indicated that it supported the law in general but opposed its final passage because of its failure to prohibit the use of public funds for abortion and its providing of subsidies for health care plans that cover elective abortion. It also lamented the lack of conscience protections and the fact that immigrant families would not be able to purchase plans in the new health care exchanges. The bishops’ support for access to decent health care for everyone in the U.S. was commendable – after all, Pope John XXIII had listed medical care as one of the components of the right to life in his encyclical, Pacem in Terris (11) – but their readiness to embrace a federal government solution was problematical.

Their moral analysis needed to go further. What about subsidiarity, one of the central principles of Catholic social teaching? In his classic formulation of that principle in Quadragesimo Anno (79), Pope Pius XI stated that “to transfer to the larger and higher collectivity functions which can be performed and provided for by lesser and subordinate bodies” is “a grave evil and a disturbance of right order.” Adherence to subsidiarity, then, is a moral question. While there are certainly serious problems with American health care, especially concerning costs, it can hardly be said that our relatively decentralized health care arrangements have been a failure and vast numbers are denied needed medical care. John J. Schrems of Villanova University, a leading scholarly authority on subsidiarity, says that before taking on a task the higher or more distant unit – in health care, it’s the federal government – it must be proven that the lower levels cannot perform it satisfactorily and that it can do better. Clearly, such a showing has not been made, and absent that, the morality of the entire matter of a larger federal health care role must be called into question. It would also have been helpful to emphasize the proper relationship between subsidiarity and the principle of solidarity. Left-of-center Catholics frequently mention solidarity to defend big welfare-statist initiatives. Solidarity involves brotherhood and insuring justice for all. It does not justify the subversion of subsidiarity; these principles must both be upheld and work together. Pope Bl. John Paul II specifically criticized the welfare state in Centesimus Annus (48-49); the principle of solidarity cannot be used to justify it.