Calls for Death Penalty for Misuse of Blasphemy Law 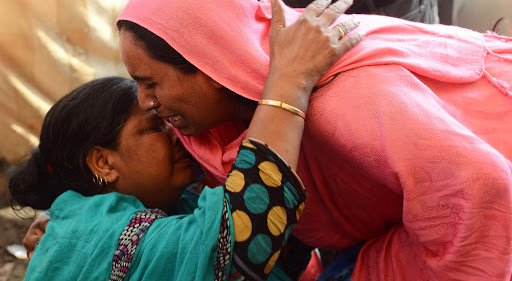 Pakistan clerics want to end false claims against the innocent

Pakistan’s official body of religious scholars has recommended an amendment to the country’s controversial blasphemy law, calling for the death penalty for people who falsely accuse others of insulting the Prophet Mohammed.

The Council of Islamic Ideology (CII) is constitutionally authorized to advise lawmakers on the compatibility of laws with Islamic sharia.

At a meeting in Islamabad on Wednesday the council said misuse of blasphemy laws is as blasphemous and punishable as the act itself.

Those who abuse the law should also be punished with the death penalty, it said.

Blasphemy is a highly sensitive issue in Pakistan, which has effectively claimed the lives of Salman Taseer and Shahbaz Bhatti after the two politicians spoke out and called for the law to be reformed. Asia Bibi, a Christian mother of four, has been in jail for the past four years on blasphemy charges, having drunk water from a cup that was reserved for Muslim women.

Rimsha Masih, a 14-year-old Christian girl was detained in a maximum security prison for several weeks in Aug 2012, after falsely being accused by a Muslim cleric of burning pages from the Qu’ran.

Rights group and religious minorities say it has often been abused with false accusations being used to settle personal feuds.

"I thank Allah that I attained a most significant victory in the CII meeting which approved the death sentence for those who file an untrue [accusation] of some blasphemous incident," he said after the meeting.

"I dedicate this effort to all those including Salman Taseer and Shahbaz Bhatti, who have fought for righteousness," he added.

The All Pakistan Minorities Alliance (APMA), an umbrella organization representing minorities and marginalized communities, hailed the CII recommendation as “a positive step forward.”

"We have been engaged in a long struggle towards this very end to stop misuse of the blasphemy law; hence, it is definitely a good development,” said APMA chairman Doctor Paul Bhatti, Shahbaz Bhatti’s elder brother.

The APMA made this very same demand at its national conference in February this year to end this abuse of the law, he added.

Originally published at UCAnews on 19 September 2013. Used with permission. All other rights reserved.