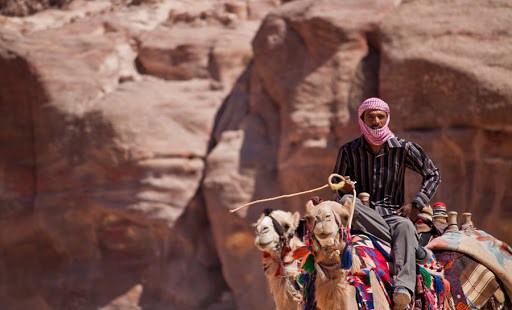 In Egypt, Coptic-Catholic bishops express cautious optimism for the possible drafting of a new constitution that will serve all Egyptians regardless of religion.

Against the backdrop of a return of relative calm to their violence-torn nation, Egyptian Coptic-Catholic Bishops Kyrillos William of Assiut and Botros Hanna of Mynia of Assiut and Minya expressed cautious optimism about pending developments—including the drafting of a new constitution.

"Under the Muslim Brotherhood an unprecedented polarization developed. Christians were accused of being against Islam. Churches were attacked, police stations burned down. Moderate Muslims stood up to protect us," Bishop William told Aid to the Church in Need, an international Catholic agency helping persecuted Christians around the world.

"Now Egyptians are standing together. They are turning against extremism and terrorism," the prelate added.

"We have the same problems and hopes as our Muslim neighbors. Together we can find solutions. It is absolutely essential that we respect one another and keep talking, Bishop Hanna said, stressing that "there is no war between the religions in my country, but there is a conflict between extremists and the Egyptian people."

Both bishops expressed great concern at the enormous social differences in Egypt and the large number of people who are illiterate—both factors playing into the hands of the extremists. "Egypt needs education, schools, respect for human rights and the rights of minorities,“ Bishop Hanna said.

The bishops sounded a note of optimism that a new constitution would protect and serve the interests of all Egyptians. They reported that the well-respected Islamic al-Azhar University in Cairo along with the leadership of the country’s Christian Churches are involved in drafting a new constitution.

The fundamental aim, they stressed, is a separation of religion and state. Some 85 percent of Egypts population of 75 million are Sunni Muslims and between 10 to 15 percent are Christians, the vast majority belonging to the Coptic Orthodox Church. The number of Catholics is approximately 200,000.

In 2012, Aid to the Church in Need spent close to $900,000 on a variety of pastoral and emergency projects. That amount is likely to be far exceeded this year as the Christian community is rebuilding its infrastructure which has been heavily damaged over the summer during violent attacks by Moslem Brotherhood on Churches and Church property, leaving numerous Christians dead.

Originally published by Aid to the Church in Need on 19 September 2013.