The Gates Open to a Nobel Prize 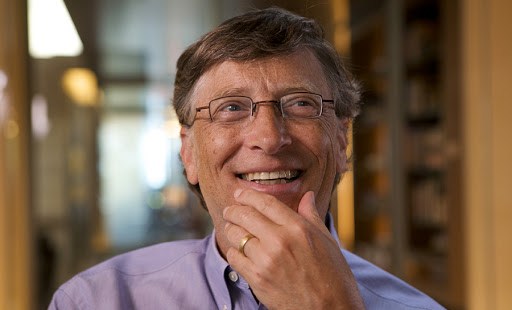 The Gates Foundation has been awarded one of the world’s most prestigious awards for public health. Does it deserve it?

The Bill and Melinda Gates Foundation is now in the possession of some new hardware: the prestigious Lasker Award for Public Service.  By picking it up, to widespread acclaim at tomorrow’s ceremony in New York, they may well be on the short list for the next Nobel Peace prize.

Like the Nobel Peace prize and unlike another Lasker award based on advances in strictly clinical medicine, this award has at times come with a bit of a politicized tinge – although many prior recipients can only be described as having well-earned, golden reputations.

There certainly is much to acknowledge in the Foundation’s work.  With a veritable war chest and the freedom to act innovatively – as a private foundation, they are not bound by the ideological and procedural roadblocks characteristic of governmental bureaucracies – one would hope that they’d have accomplishments to celebrate. It’s not difficult to see that someone in Gates’ unique position would not only be recognized for contributions to date but also brimming with enthusiasm about the possibilities for the future.

They have attracted bright and distinguished minds to help lead the way.  One of their senior advisors, Dr. William Foege – whom I had as an advisor while undergoing my own training in public health – was instrumental in the eradication of smallpox; vaccine development, it is no accident, has been one of their priorities.  Confidence in the power of technological innovation to save lives, certainly warranted in proper context, is a predominant feature of the Gates’ approach.

This does not mean, further to their credit, that they have neglected, say, the simple use of oral rehydration solution – one of the most revolutionary of all public health measures – as a means of combatting rotavirus and other diarrheal diseases (a sizeable source of mortality among children under five). In fact, they have reached into their pockets to address such scourges that do not always remain high on the big-government donor priority list.

But they have also hired much more narrowly minded specialists who regard certain approaches to “reproductive health” as essential to human development.  By that I mean those approaches which treat pregnancy per se, rather than its complications, as the chief condition to control. Perhaps they convinced Melinda Gates to explicitly select “family planning” as her number one priority; perhaps she already had been so convinced.

Either way, the practical corollary of this mentality is that reasonable – in fact, the most needed – alternatives are dismissed as distractions from the goal that matters most: overall fertility reduction. The relatively simple medical interventions known to save lives, routine here but the absence of which account for 90 percent of maternal mortality in Africa, are thereby relegated to the status of an afterthought.

This dichotomy, when stated plainly, is not that difficult to apprehend: technology may be deployed not only to protect life (as in the case of vaccines), but to manipulate it.

It is this underlying impulse, I suspect, that is being awarded as much as the good works.

One need only conduct the following thought experiment: If the Gates Foundation carried out the same volume of creative, good works – with the exception that in the arena of maternal and child health they promoted life-saving interventions and shunned the contraceptive technologies that by definition do nothing for any desperate soul in their hour of peril – would they be so widely feted for their overall body of humanitarian work?

(To answer that question is to understand why the institution that cares for more AIDS patients than any other around the world – the Catholic Church – is more often than not regarded in adversarial terms.)

Doing so, I suspect, would seem to be an intolerable and disqualifying shot across the bow – an implicit repudiation of the failing yet still prevailing “big donor” approaches to maternal mortality. Meeting with success in such a venture, which is within the realm of possibility, would be further threatening.

The lack of distinction between the Gates Foundation and the other major players (USAID, the UN, WHO, etc.) on this “family planning” front means that anyone eager to make a humanitarian contribution but who nonetheless thinks that such interventions are misguided and unwise, for all practical purposes, need not apply.

Suppose you want on the team, but had the temerity to point out that, say, family planning programs do not really lead, as advertised, to reductions in fertility rates in the developing world, and that therefore other investments should be pursued.

That would not go over well, nor would politely suggesting that promoting “family planning” as the purported, indispensible means of improving living conditions is difficult to reconcile with the fact that growing populations tend to correlate with prosperity more than contracting ones.

You would also probably have to refrain from pointing out that birth rates have been plummeting in unprecedented fashion (in some cases, such as Iran, astonishingly so) around the globe in recent decades without the prompting a software billionaire.

Might radical population implosion be the bigger concern, and reflect a deeper crisis? Human life, as David Goldman argues in his book How Civilizations Die, absolutely requires meaning that transcends death – precisely what the advent of modernity has obscured. It has delivered comfort and certain technological fixes, and yet in its wake, fertility and faith have collapsed as if in tandem.

The failure to take all these deeper dynamics into account belies the perception that Gates is an entirely innovative humanitarian.  Comprehending what makes man tick and respecting the proper limitations to technological possibility are indispensible prerequisites for effective innovation.

What makes this type of criticism a hard sell is, in part, that the goods being sought are so otherwise compelling.  To most ears, the slogans Gates employs – such as “every life matters” or “all people deserve a chance to live a healthy, productive life” – thankfully ring true because they are true. These truths spring from roots embedded deep within the Western psyche.

But since this lofty rhetoric is tainted with a misdirected zeal for control – “every life (that we deem compatible with our ideal, predetermined head count) matters” – it is schizophrenic in nature.

That we do not generally recognize this schizophrenia is symptomatic of a deeper malaise: we live as if the spiritual dimension of human life were, if not exactly inconsequential, not to be openly engaged; technological progress alone, supposedly free of ideological contamination, is deemed the most suitable mechanism for improvement in any and every aspect of human life.

This mentality may win prizes and furnish some notable successes. But an innovative philanthropist unequivocally worthy of adulation would recognize the wealth as well as the poverty lodged within the modern Western mind, and have the unwavering desire to help others overcome that poverty and acquire that wealth.

Matthew Hanley is a Senior Fellow with the National Catholic Bioethics Center. The opinions expressed here are his own and not those of the NCBC.

Originally published by MercatorNet on 19 September 2013.