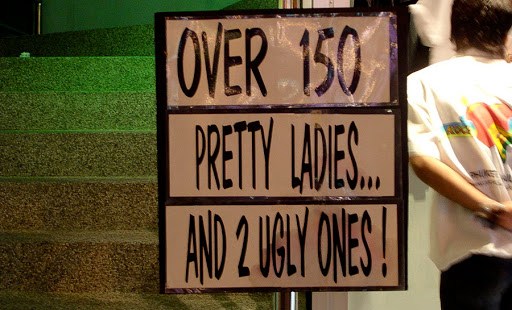 Are the Hebrews finally getting with the times and joining the Roman Empire? …This is how I respond to people who are concerned about the Pope’s recent comments on atheists.

Many of my Evangelical friends have asked me what I think of the controversy over Pope Francis supposedly saying that atheists can be saved.  This is my answer.

The headlines swirled around the Levant as itinerant preacher Jesus of Nazareth reportedly excuses both prostitutes and the men who frequent them. The latest controversy came when Jesus, whose followers believe is the Son of God, retold the story of a family whose younger son had squandered the family inheritance with prostitutes.

Roman observers speculate that this is a sign of a new openness to Roman social mores.

Lucius Gaius Paterculus, spokesman for the Herod Administration, said, “We have always found these Hebrews amusing, with all their sexual hang-ups.  This is the Roman Empire; they need to get with the times. Prostitution is not so bad. Maybe this Jesus preacher will turn the tide and lead these backward people into the modern world.”

Earlier this spring, Jesus created a sensation when he protected an alleged adulteress, and even broke bread with her.

Reuben bar Timeus told the Guardian, “I recognized my father in that story Jesus told.  He can’t disguise the characters in his parables enough to hide the fact that he was talking about my putz of a brother and my pathetic father. I’m considering a slander suit. This Jesus guy should keep his mouth shut and show some respect to our family.”

Reuben’s younger brother, Benjamin, spent the last year with prostitutes and the dissolute, living in a “far country” widely supposed to be Babylon.  The family’s story was known in the neighborhood but came to prominence this past week, when Jesus made a thinly veiled reference to it in response to questioning by a group of distinguished Pharisees. As Jesus retold the story, the father allegedly saw the boy coming home from a long way off and ran down the road to meet him. The boy allegedly came home in contrition and with a sincere heart, but his brother was skeptical.

“This latest incident was the last straw,” said Reuben. “My father made a fool of himself, running down the road in his white robes, greeting this son of his. He threw a banquet and gave him a new robe and ring. If that is not excusing consorting with prostitutes, I don’t know what is. And now this Jesus guy comes in on the side of my dad at his worst… and my loser brother, too!”

Last spring, Jesus not only ate with prostitutes, but with notorious tax farmer and extortionist, Matthew of Judea, (also known as Levi, son of Alphaeus). All this leaves some wondering whether a new softening is coming in Jewish doctrine across the board.

But the Jewish community continues to be divided between hard-liners and progressives.

Caiphas, current High Priest for the Jews in Jerusalem, denied that any change in Jewish law is in the works.  “This Jesus has no authority to change the law, and certainly no authority to forgive sins.  People are attracted to him because he makes them feel good – even better than they deserve.”

The Jesus movement has been controversial since its inception last spring, with reports of miraculous healings and exorcisms.

Simon bar Jonah, speaking for the Jesus Movement, said Jesus loves everyone and wants to save everyone.

Rocky1:  I talked to that reporter for an hour and that is the only quote!?!?!  And besides, my name is not Simon any more.

SonOfThunder2:  Another bit of nonsense by the Roman MSM.  You go Pete. These Roman reporters are lame. Why didn’t they interview Jesus himself and see if he is “soft on prostitution?”