Cardinal Dolan, the Dalai Lama, and the Attractiveness of Joy 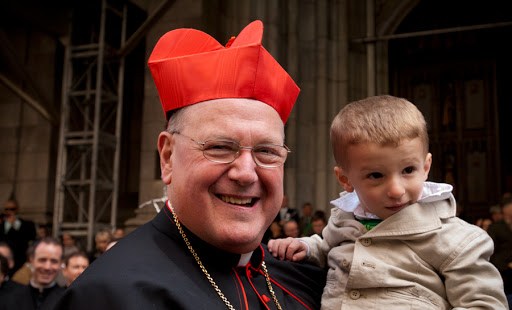 Before I became Catholic, I considered Buddhism. Why? Because the Dalai Lama radiated joy. A joy that was similar, but rooted in the person of Christ, ultimately led me to the Church.

Long ago, while I was still searching for religious truth and a spiritual home, I stayed far, far away from most self-identified Christians.  The outspoken Christians I knew were, almost universally, angry and bitter people. They would speak at great length about all the different ways you could get to hell, but rarely on ways to pursue heavenly options.

When they did speak about getting to heaven, it was in a very formal, legalistic way, despite the language it was couched in.  “Accepting Jesus Christ as one’s personal Lord and Savior” did not only sound very impersonal, but there was no reason given for why this should be so other than, “You’ll go to hell if you don’t.”  During my spiritual wilderness years, I felt horrible enough on my own; I didn’t need Christians making me feel even worse about the state of my soul.

Instead, I found myself drawn to Buddhism for a while.  At the time, the Dalai Lama had just published The Art of Happiness, and everything about him and his words absolutely radiated contentment and good will.  Eventually, I realized that there was little that was spiritually sustainable under that smile and peaceful manner, and I drifted away from Buddhism, but I never forgot the radiance of the Dalai Lama’s smile and how effectively it made me want to learn more about his religion.

When I found myself tentatively researching the theology of the Catholic Church, the thing that pierced my heart most deeply and kept drawing me back was the understanding of the Eucharist.  The thought that an actual Person – God Himself – would come to the faithful time after time in a physical manner was earth-shattering.  It was, in fact, so radical that I frequently tried to run away from it.  But every time I thought I’d outrun it, I’d meet a Catholic who radiated joy, and who clearly explained that the source of that joy was Christ – and, more specifically, the encounter they had with him in the Eucharist.

For the first time, I was faced with a spiritually sustaining theology and people who witnessed to this amazing faith through their whole, joyful being.  This did more to evangelize me than years of dour laundry lists of ways people were sending themselves to hell, or serene gurus sitting on thrones of spiritual nihilism.

This weekend, I had the honor of meeting Cardinal Dolan in person.  First, I watched him celebrate Mass at St. Patrick’s, where he somehow, impossibly, both filled the space with his personality while simultaneously making himself transparent so that Christ shone through.   Afterward, in his residence, he spoke about Father Barron’s new documentary, Catholicism: The New Evangelization, and how timely this project was.  He spoke about the world being hungry for more, and about the need of the faithful to help fill that hunger.

While he spoke, his face radiated joy.  When he met his guests afterwards, he was genuinely happy to do so.  He shook hands, he hugged, he looked people right in their eyes and leaned in to hear what stories they shared.  Looking at him, you could see the joy of Christ so clearly, and you found yourself wanting to know the source of that joy even more.

That meeting with the Cardinal made me think of my friend, Janice.  As far as personalities go, Janice and Cardinal Dolan, could not be any more dissimilar, at least on the surface.   While the Cardinal is comfortable with the attention he receives, Janice prefers to lead a hidden life.  While the Cardinal is boisterous and gregarious, Janice is soft-spoken and mild-mannered.  However, the joy that they both radiate like an actual heat source is identical.  The happiness that they share with everyone they meet feels exactly the same, despite it being displayed by two wildly different personalities.

Ask them about the reason for their joy, and they would answer in unison, “Jesus Christ”.  Ask them for an explanation of this answer, and they’ll tell you about a Person – about an actual Person who gives a love so irresistible, so fulfilling, it becomes the filter through which they see the whole world.  And just being around these two people, so opposite in terms of personality and vocation and influence, you want to know this Person they’re talking about.  You want to know Him and love Him like they do, because their joy is the medicine you didn’t even know you needed.

In light of Pope Francis’ recent interview, and the media firestorm of willful ignorance that followed, this point cannot be overemphasized: Christianity is not about politics.  It’s not about abortion or gay marriage or immigration reform.  It is about a Person.  It’s about loving a Person and watching that love transform you into something you never imagined you would even want to be.  It’s about letting that love pour out of you joyfully, and then, when people are drawn to that joy, it’s about introducing them to the source.

The New Evangelization is about joy, and people like Cardinal Dolan and my friend Janice are leading the way, because they remember that it is all about The Way.