Pope Cautions Youth Against Selling Themselves to ‘Merchants of Death’ 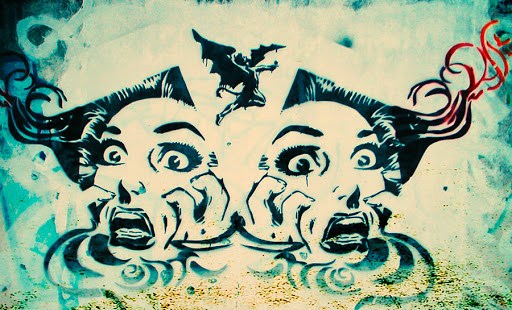 Pope Francis spoke forcefully to the youth of Sardinia today, urging them to stay faithful to Christ and avoid the dangers of cynicism and hopelessness.

Pope Francis spoke forcefully to the youth of Sardinia today, urging them to stay faithful to Christ and avoid the dangers of cynicism and hopelessness.

“You young people cannot and you must not be without hope: hope is a part of your being!” he told thousands of Sardinian youth gathered in the capitol city of Cagliari on Sept. 22.

“When a youth doesn’t have joy and feels skepticism in life … where does he go to find a little serenity, a little peace?” the Pope asked. “You know, (to) these merchants of death: to those that sell death, that offer you a way for when you are sad without hope, without faith, without courage.”

“Please, don’t sell your youth to the merchants of death!” Pope Francis implored. “Trust in Jesus – He changes the perspective of life.”

The Holy Father said he came not “to sell you an illusion,” but to proclaim the truth of Christ.

“I come here to tell you that there is a person who can carry you forward. Trust in him – it’s Jesus!”

The Pope departed from his prepared remarks to share his personal testimony with the crowds of young people.

“Yesterday I celebrated the 60th year of hearing God’s voice in my heart,” he recounted. “I have never forgotten: the Lord made me hear it forcefully – that I had to go along this path (when) I was 17 years old.”

In those years, Pope Francis said he has walked along “the path of the Lord: behind Him, next to Him, always with Him.”

Even after so many years, the Holy Father says that he is “happy” and has never regretted responding to God’s call.

Many young people nodded in agreement as Pope Francis spoke of how personal failure, and even failure in the Church, can be discouraging.

However, he insisted, in the face of trials we must remember that although following Christ is “challenging” the Lord never deceives us and is “a faithful companion.”

At an earlier meeting with the poor and incarcerated, the Pontiff spoke of how the choice to follow Jesus involves embracing the challenge of solidarity.

“Everyone who is here, all of us, has misery, and all of us who are here have weakness,” he said. “But the path of Jesus, the path of charity,” is that of “humility and solidarity.”

In this “throw-away culture” the Pope said, the word “solidarity” seems to risk “being erased from the dictionary because it is a word that annoys.”

“It obliges you to look out for another, and to give yourself to another with love,” the Pope explained.

He warned that solidarity is “not an ideology,” but rather “a way of life and of living that comes from love” and “from the heart of the Father.”

Charity is not the same as the welfare state, the Pope stated, nor is it “excessive welfare aid to ease the conscience.”

Pope Francis’ ten-hour pastoral visit to the island of Sardinia today included meetings with various groups in the capitol city of Cagliari, including the poor and imprisoned, local bishops, and professors of theology.