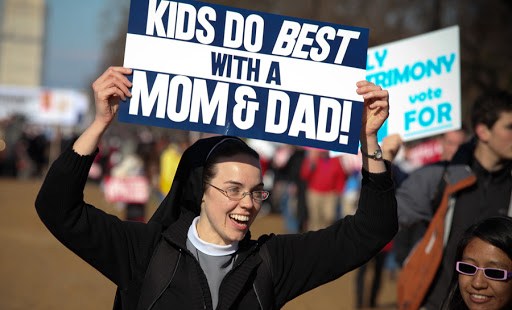 The Marriage and Religious Freedom Act has been praised by American bishops due to its protection of those who share the Church’s teaching on marriage.

American bishops have praised a recent bill in the House of Representatives that would protect those who share the Church’s understanding of marriage from penalties by the federal government.

The Marriage and Religious Freedom Act was introduced in the lower chamber of Congress on Sept. 19 by Rep. Raúl Labrador (R-Idaho).

“I strongly support the Marriage and Religious Freedom Act,” said Archbishop William W. Lori of Baltimore, who chairs the U.S. bishops' committee for religious liberty, in a Sept. 20 statement.

“In a growing climate of intolerance against individuals and organizations who believe that marriage is the union of one man and one woman, this Act is an important step in preserving their religious liberties at the federal level.”

Labrador explained that his bill would “ensure tolerance for individuals and organizations that affirm traditional marriage, protecting them from adverse federal action.” The legislation would prohibit the federal tax code from targeting groups and individuals who act upon their conscience in defining marriage as an institution between one man and one woman.

These protections would extend to both non-profit and for-profit organizations, but would only take effect on the national level, meaning that states could still penalize those who define marriage as a union of a man and a woman.

Religious freedom concerns in connection with marriage have been increasing for months, amid mounting lawsuits against those who object to a redefinition of marriage. Photographers, bed-and-breakfast owners and bakers have been among those facing large fines or jail time for adhering to their religious beliefs on marriage. Catholic adoption agencies have been forced to close in several states that have redefined marriage, due to their policy of placing children only in homes with a mother and father.

Archbishop Lori explained that alongside other protections in the bill, “the federal government would not be able to deny individuals and organizations a grant, contract, or employment because their belief that marriage is the union of one man and one woman is informed by their religious faith.”

“It would prevent the federal government from discriminating against religious believers who hold to the principle that marriage is the union of one man and one woman. “

“This is of fundamental importance, as increasingly such individuals and organizations are being targeted for discrimination by state governments – this must not spread to the federal government.”

Both archbishops have asked that members of the House of Representatives support the bill.