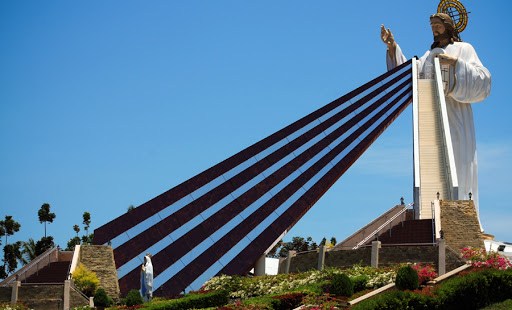 Francis’s narrative imagination, rooted in Ignatian spirituality, is the interpretive key to his recent controversial interview

Pope Francis thinks in terms of story. This is how his spiritual imagination works.

Consider, for example, the following passage from his recent controversial interview with Antonio Spadaro, S.J., Editor-in-Chief of La Civiltà Cattolica, the Italian Jesuit journal. In the midst of a rather abstruse discussion of when lines of human inquiry become decadent, the Holy Father remarks:

Here is Francis thinking in stories, comparing fruitless thinking to the seduction of Ulysses by the Sirens, among other narratives.

Francis’s tendency to think in stories is, I suggest, the interpretive key to understanding what he is trying to say in the interview with Father Spadaro, and it may well be the interpretive key to his entire pontificate. But this suggestion will only be compelling to those who linger in the less headline-inciting corners of the interview – in those portions in which Francis talks, among other things, about the Jesuits, about being the first Jesuit pope, about Ignatian spirituality, and about the mystery of human self-understanding. In these replies, Francis gives us crucial insights into what he sees as the Church’s primary task: to conceive of herself as in a story in which God – the hero – works tirelessly, with our help, to bring love, mercy and salvation to all.

Certain key terms, all conceptually linked and rooted in Francis’s understanding of the teachings of the Society’s founder, are found in these responses: discernment, the great and the small, narrative, time, frontier, accompaniment.

In reply to a question about the Jesuits, for instance, Francis states: “The Society of Jesus can be described only in narrative form. Only in narrative form do you discern, not in a philosophical or theological explanation, which allows you rather to discuss.”

For Francis, the Society of Jesus can only be adequately spoken about as a story; so too, the life of the entire Church, not to mention the life of each particular soul.

Notice, moreover, that Francis says that “only in narrative form do you discern.” A sense of narrative and a sense of discernment go together. When asked by Father Spadaro, “What does it mean for a Jesuit to be Bishop of Rome?,” the first word Francis speaks in reply is discernment, one of the chief pillars of Ignatian spirituality.

Francis calls discernment “an instrument of struggle.” We might say that it is a kind of “reading” that enables one to comprehend how the Lord, the true protagonist in the story of our lives, is calling us to himself through time.

Francis connects this art of discernment to the virtue of magnanimity. Magnanimity – being “great-souled” – is, according to Francis, the virtue of relating small things to great. It means being able to discern the narrative of the struggling soul in time against the backdrop of God’s eternal and providential designs. Francis elaborates:

The attitude of magnanimity gives discernment its proper perspective. Living in the tension between “the little things of every day” and “a big heart open to God” allows one to read the action of God in particular lives. It allows us to remember, as St. Ignatius taught, that “great principles must be embodied in the circumstances of place, time, and people.”

This last quotation offers rich rewards to meditation. “Great” principles – among which we must include, of course, the precepts of the Decalogue – must be read within the “little things of every day,” i.e., the lived circumstances of individuals struggling – and sometimes failing – to find God in their lives.

But if instead great principles are “disembodied,” abstracted from their proper context in the struggles of human persons – regarded, in the metaphor Francis employs late in the interview, as “laboratory” specimens – then we are at risk of taking the principles for ideology and turning the Gospel into a political platform.

“Ours is not a ‘laboratory faith,’” says Francis, “but a ‘journey faith,’ a historical faith. God has revealed himself as history, not as a compendium of abstract truths.”

That phrase is captivating: God has revealed himself as history – that is, as a story which, like all stories, unfolds in time.

What Francis says about moral principle in the interview has dismayed many of his staunchest allies. But in speaking about the need of principles to be embodied in time does not mean that Christian principles are open to anyone’s interpretation or that they are “relative” to whatever story one fancies oneself living. Not at all – Francis’s narrative attitude is simply that human persons are not made for moral truths, but moral truths are made for human persons. Great principles, in other words, are meant to be guides along our way to an encounter with the living God. They are signposts on our journey to a community of Persons; they are not, themselves, the destination.

One of the biggest challenges the Church currently faces, Francis discerns, is a failure of magnanimity and discernment, a failure to read the times in light of the essential Gospel story. “The Church sometimes has locked itself up in small things, in small-minded rules.” Here again is the dynamic of the small and the great. Francis emphasizes that we fail in both magnanimity and discernment if we focus on the rules at the expense of our accompanying others in friendship.

This accompaniment of souls, especially in the “night” of their wandering, in order to bring them the light of Christ is becoming a recurring theme of Pope Francis’s ministry. And it is in the context of this theme that we must take his remarks that the Church “cannot insist only on issues related to abortion, gay marriage and the use of contraceptive methods,” and how it is “not necessary to insist upon these issues all the time.” Francis’s point, again, is not to diminish these teachings, but rather to enlarge our hearts so that we read them, and help others to read them, in light of the story of what he calls the first proclamation: “Jesus Christ has saved you.”

Sadly, the real narrative that so many are living in our culture is that of being a wounded soldier in a great spiritual war. According to Francis’s imagination, the Church is the “field hospital” that goes out to those strewn over this battlefield and attends to their wounds. And what are these wounds, most essentially, but their failures to be in love with Jesus Christ? It is this love which must first be enkindled in the human heart, in the blaze of which all moral principles make sense and become themselves lovable.

So we return to Francis’s question: “When does a formulation of thought cease to be valid?” His reply: “When it loses sight of the human or even when it is afraid of the human or deluded about itself.”

To avoid such decadent thinking, we must follow Pope Francis out into the “frontier” where our friends are dying, and assist them in finding the love of that Hero who alone can bring them the healing they need.

Daniel McInerny is an author, philosopher, and journalist. He can be contacted at danielmcinerny@gmail.com.