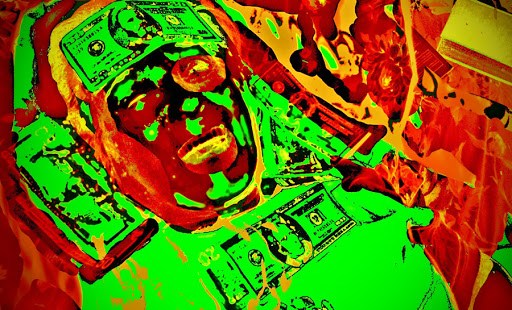 Pope Francis has been reminding us of important aspects of the Church’s social teaching, including the duty for employers to pay their employees a just wage.

In his visit to Sardinia over the weekend, Pope Francis continued his outreach to the poor of Europe. Sardinia, like Lampedusa – the location of his first visit outside Rome – is an Italian island that has been hit hard by the global financial crisis. Unemployment is running at a high rate and the young people especially have been hammered by lack of jobs and hope for the future.

In his comments, Pope Francis recounted his own family history – how his father emigrated from Italy to the New World hoping for a better life, only to have his hopes shattered by the economic disaster of the Great Depression. The problem, both then and now, is the idolatry of money. His words echoed the end of Sunday’s Gospel, in which the Lord reminds us that you cannot serve God and mammon. You must love the one and hate the other.

This Pope’s stark message is not only to Sardinians, but to the world. Someone has observed recently that the world is not overpopulated; instead, the problem is that too much of the world’s resources are owned by too few of its people. The world’s economic and social problems have not been ignored by the leaders of the Catholic Church. In the modern age, the historical encyclical Rerum Novarum was published by Pope Leo XIII in 1891. In English, the title of this work – published at the dawn of the modern age – was, “Rights and Duties of Capital and Labor”. In it, the Pope addressed the concerns of both workers and employers.

In Rerum Novarum, Pope Leo XIII condemned the “big government” solutions of socialism and communism while also condemning the “big business” answers of unrestrained capitalism. The Catholic Church affirms the right to own property, but also affirms the rights of workers to a fair wage, fair working conditions, and the right to organize into labor unions. This groundbreaking papal teaching has been supplemented over the years by further documents on the economic and political rights of man. In 1931, Pope Pius XI  published the encyclical Quadragesimo Anno. Pope John XXIII wrote Mater et Magistra in 1961, and Pope John Paul II followed up with Centesimus Annus in 1991.

Catholic social teaching consistently provides a “Third Way,” always putting the human person first. For Catholics, the individual person and the family are the cornerstone of a humane economic and political system. Not only is this the right moral position to take, but Catholic political and economic thinkers have consistently argued that the priority of the individual and family unit also makes the most sense economically and politically. A happy, secure, and prosperous society is constructed of happy, secure, and prosperous individuals and families. Building from the ground up rather than imposing solutions from on high is always the best way to build happiness, security, and prosperity.

Undergirding these teachings are the Catholic principles of solidarity and subsidiarity. Solidarity is the principle that human beings are responsible for one another at the familial and societal level. We are our brothers’ keepers. Individuals are important, but so is the family and so is the whole family of humanity. Secondly, subsidiarity is the principle that problems are best solved at the local level where people can get involved with one another and get involved in solving problems together.

Pope Francis’ criticism of global greed and his support for the poor at the local level should be seen in the wider context of Catholic social teaching. The Catholic Church is always ready to be involved with people at the local level – always reminding the whole world to love people and use money, not to love money and use people.

Fr. Dwight Longenecker is the pastor of Our Lady of the Rosary Church in a deprived, inner-city area. Visit his website, browse his books and be in touch at dwightlongenecker.com.