Why Is Rape so Prevalent in India? 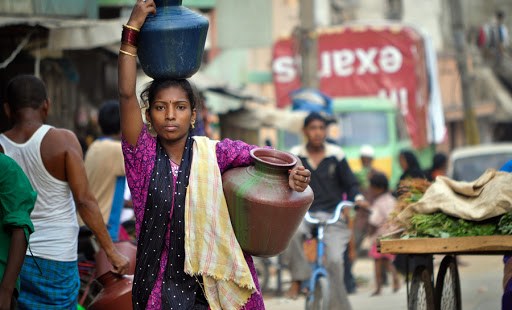 Sex crimes stem from attempts to preserve patriarchy, says Ivan Fernandes, a commentator based in Hyderabad.

Almost no day passes without the media highlighting a rape in India. Some are high profile, some less so, but all are sickening.

What is it with Indians and rape?  It would be easy to say rape in India was a recent phenomenon, a by-product of modernization. It may seem so with the National Crime Records Bureau showing a 900 percent increase in registered rape cases in India over the past 40 years while murder has gone up by 250 per cent in 60 years.

However, the fact remains that every 20 minutes a woman is raped. Nearly one in three rape victims in India is under 18 years and one in 10 is under 14.

The reason why Indian men have become so brutish lies within a larger cultural context.

It stems from attempting to preserve a patriarchal society with the ruse of maintaining traditional culture. Of course, Indians worship and revere women deities, but treating their mortal counterparts with equality and respect is a different matter.

Boys are preferred, and despite a law to ban selective sex abortions, female feticide does take place. Boys are better fed and educated than their sisters and it is not uncommon for Indian women to eat what is left after the males in the family have had their fill.

So unless something is done about this mindset, the problem of rape will persist.

Cultural upbringing conditions male minds to behave in a cruel manner toward women, according to writer and activist Kancha Ilaiah.

Family upbringing, societal conditioning, religious sagas and political animus, all construct Indian men and women into being what they are — men as aggressive and women as submissive, the director of Maulana Azad National Urdu University’s Centre for the Study of Social Exclusion and Inclusive Policy in Hyderabad says.

“Clearly, the institutional upbringing, including that in the family, needs to undergo change,” he says.

A poll in 2011 found that one in four Indian men admitted to having committed sexual violence.

Recently, there have been several high profile cases that have led to unprecedented action and some soul searching. The gruesome gang rape and murder of a medical student last December in New Delhi led to parliament quickly approving harsher punishments for rapists, including the death penalty.

Instead of the case dragging on for years as is normally the case in India’s chaotic judicial system, a fast track court sentenced to death the four men involved in that case within nine months.

“In these times, when crime against women is on the rise, the courts cannot turn a blind eye toward such gruesome crimes,’’ the trial judge, Yogesh Khanna, said.

In August a 23-year old photojournalist was gang raped while on assignment at a run-down mill in Mumbai.

Police quickly arrested four people. But it was the photojournalist who stunned the nation by telling a local newspaper that “rape is not the end of life” and that she wanted to get on with her job.

This in itself was a shift from the way rape is viewed in India. Very often the victim is blamed, with many wondering what it was she did to bring it upon herself.

A stigma is placed on her rather than the rapist and she is often shunned by her own family and community. That is why some activists say only one in 10 rapes is reported while others say the number is probably one in 100.

“What’s wrong with the system?” asked Supreme Court Justices R.M. Lodha and Madan B Lokur while hearing a petition from the father of a 15-year-old girl gang raped by three men in 2012.

“Why are 90 percent of rape cases ending in acquittals? The situation is going from bad to worse,” Indian media reported them as saying.

If modernization is seen to be the reason for this rape problem, there will always be evidence to prove it so. But modernization also holds the key to India’s cultural fetters.

As more and more women become independent, breaking away from the traditional role of subservience, it is modernization that makes them more likely to report and highlight sexual harassment and rape. While crimes against women as a whole have increased 7.1 percent since 2010 according to National Crime Record Bureau, the number of rapes reported has also risen.

India has no dearth of laws to protect women. It has laws on dowry prohibition, domestic violence, sexual harassment or immoral trafficking but this does not deter perpetrators form committing these acts.

As Mallika Kaur, an attorney who focuses on gender and minority issues in the United States and South Asia wrote, hangings won’t change India’s culture of rape but that such instances should be “used as an impetus for discussions at dinner tables, in schools, in dining halls and in community spaces about the need for zero tolerance of violence.”

But this is far easier said than done. Indian society by and large remains puritanical. Frank discussion of sex is frowned upon and treated as taboo.

“People generally are not comfortable talking about sexuality or reproductive rights or issues like menstruation or sexual desire, even within the family, let alone within the classroom or the workplace,” said Jacqueline Bhabha, director of research for the François-Xavier Bagnoud Center for Health and Human Rights at the Harvard School of Public Health.

“These issues are swept under the carpet. As a result, there’s an enormous amount of ignorance and denial,” she said.

While some lessons have been learnt, it is difficult to argue whether this has made much difference in India.

By Ivan Fernandes, from Hyderabad.

Originally published at UCAnews on 25 September 2013. Used with permission. All other rights reserved.