The Priest Who Invented Hypertext 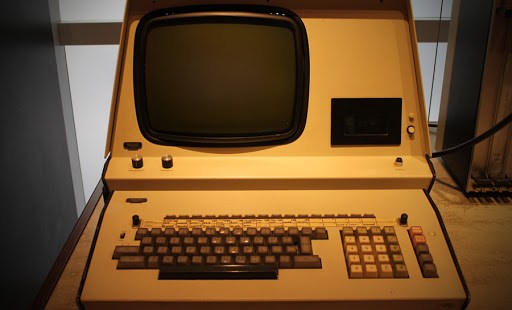 When Thomas Watson, founder of IBM, met with Fr. Robert Busa, he told him, “Promise me that you won’t change the name of IBM, International Business Machines, into International Busa Machines!””

In my interview from last week with Robert Ellsberg, the author noted that one of the potential areas for fruitful theological extensions is in the area of the intersection between science and theology. Sadly, many of the scientific advances in areas such as genetics, biology, evolution, and similar topics become marred because many try to find how they are incompatible with the Catholic faith rather than attempting to broaden its horizons.

An unacknowledged and mostly unknown pioneer in using computers in the service of the faith is Fr. Robert Busa, SJ.  Fr. Busa, who died only two years ago, would have been 100 years old this November. An obituary in L’Osservatore Romano following his death noted his pioneering work in computers – an accomplishment which was acknowledged both by the Church and by computer scientists.

Fr. Busa’s original project – one that lasted a lifetime – was to analyze the complete works of St. Thomas Aquinas. In these, there are over 500,000 lines in 9 million words. He started his task by using index cards; early in the project he created a gigantic pile of 10,000 cards. It was overwhelming, cumbersome, frustrating. Here is where things get very interesting; L’Osservatore Romano writes:

On a trip to the United States, Fr. Busa asked to meet Thomas Watson, founder of IBM. The magnate received him in his New York office. Listening to the Italian priest’s request, Watson shook his head. “It is impossible to make a machine do what you are asking. You claim to be more American than we are!”

Fr. Busa then drew from his pocket a business card he picked up with the multinational’s slogan, coined by the boss: “Think”; followed by: “What's difficult we can do straight away; the impossible takes a little longer.” He handed it to Watson with a disappointed shrug.

Busa had touched a raw nerve and the President of IBM retorted “OK, Father. We’ll try, but on one condition: promise me that you won’t change the name of IBM, International Business Machines, into International Busa Machines!”

This challenge between two geniuses resulted in hypertext – the overall structure of pieces of information linked to each other by dynamic connections that may be consulted on a computer at the click of a mouse.

The term “hypertext” was coined by Ted Nelson in 1965 to hypothesize software that was able to memorize the history of a user’s actions. However, as the author of Literary Machines admits, the idea was older than the invention of the computer. Moreover, as Antonio Zoppetti – an expert in linguistics and computer science – has attested backed by documentation, Fr. Busa really did work on hypertext at least 15 years before Nelson.

It would take a book as long as the Summa Theologica or the Summa Contra Gentiles to explain all the ways that Fr. Busa’s work has affected the application of computers in many areas and to the Internet itself. His work is also relevant to perhaps one of the most important upcoming scientific and theological questions: what is the nature of thinking? Can thinking machines be created? And if this occurs, what will the impact be upon theology and the understanding of the human soul itself?

Fr. Busa is also considered by many to be the father of the new cross-disciplinary study called digital humanities.  While most of us know the manner in which computers are applied in the scientific and medical worlds, it is mostly specialists who know the creative ways that computer technology is being applied to English, linguistics, history, and other disciplines which have not considered themselves scientific in the past.

Fr. Busa was a faithful member of the Jesuit order for 77 years. He was personally acquainted with seven popes, and was a close friend of John Paul I. Fr. Busa said that the former patriarch of Venice: “always envied me – because I had become a Jesuit and he hadn’t.” Right now, Fr. Busa smiles down from heaven, as he knows our current Pope Francis has no such regrets.