Hardship for Syrian refugees in Lebanon 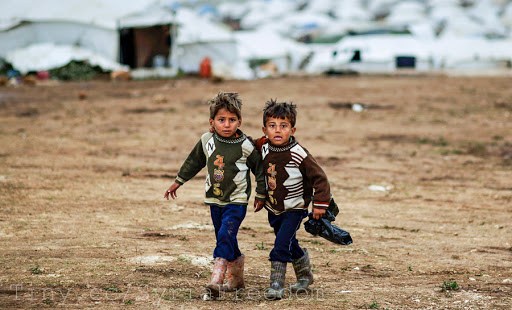 Local Catholic leaders describe the hardship faced by Syrian refugees in Lebanon and the destabilizing effect the conflict is having on the country.

The President of the Lebanese organization Caritas, Monsignor Simon Faddoul, explained to international Catholic pastoral charity Aid to the Church in Need (ACN) that the American threats to attack Syria led temporarily to a rise in the numbers of refugees in Lebanon.

Speaking on Friday, Sept. 20th, he noted, "Now that the military strike has not materialized after all, the number of refugees have returned to their original level."

The Lebanese government, Faddoul continued, estimates the number of Syrians in Lebanon at about 1.4 million.

Of these, 1.1 million are refugees, while the rest had already been in the country when hostilities broke out.

"If it comes to the decisive battle for Damascus, there will be a refugee disaster," Msgr. Faddoul said.

The Caritas head also explained how the large number of refugees in Lebanon was already having a destabilizing effect in the country: "The latest report of the World Bank showed what a disastrous effect the Syrian war was having on Lebanese society, security and economy."

According to the most recent estimates by the World Bank, the loss suffered by the Lebanese economy due to the conflict will amount to $7.5 billion by the end of the coming year.

On top of this, Faddoul lamented the social and security problems, "In this respect, the future is a somber one."

This priest of the Maronite Church stressed, however, that the number of those refugees who refused to register with the United Nations had fallen "considerably."

"Many have recognized that registration is the only way to obtain medical aid. Whereas previously 40 per cent failed to register, the figure is now 20 per cent," according to Faddoul.

To date, Caritas has cared for close to 125,000 refugees in the country, and this has been partly thanks to support from Aid to the Church in Need.

About 10,000 of these were Christians, while the remainder were Muslims.

Faddoul was also concerned about the approach of winter. "We need everything: blankets, heating oil, clothing, food, hygiene articles, financial assistance for housing and so on. Our resources are never enough. But we are doing our best with what we can get."

Sister Georgette Tannoury from the Community of the Good Shepherd (Bon Pasteur) also expressed her concern to ACN about the destabilizing effects of the Syrian conflict.

Also supported by ACN, she heads a walk-in clinic for refugees in the Lebanese capital of Beirut. The clinic looks after more than 150 Syrians daily, mostly women and children.

"The number of Syrians is very large," according to Sister Georgette. "Children fill the streets and run between the cars begging. We’ve never experienced so many robberies and other crimes in the country as in the present year.”

“The result is increasing frustration in Lebanon in the face of the many refugees. One lady reported to me that she was afraid of sending her daughter out onto the street to do the shopping."

Unlike in Jordan, for example, Lebanon has no reception camps, and so the refugees are spread throughout the country. "They often live in garages. Families who lived in large houses in Syria suddenly find themselves in a room with 15 other people. Their children reject this and prefer to live on the streets."

The hardship, according to Sister Georgette, often forces people to take desperate measures.

"One woman told me that her husband had forced her into prostitution to feed the family. Another father had sold his 13-year-old daughter to a 60-year-old man to get money.”

“I hear stories like these all day long. May God take pity on His people. I thank Aid to the Church in Need for their support. We will continue to help the poorest of the poor."

Originally published by Aid to the Church in Need on 26 September 2013.