Pius XII Knew He Would Be Misunderstood, Theologian Says 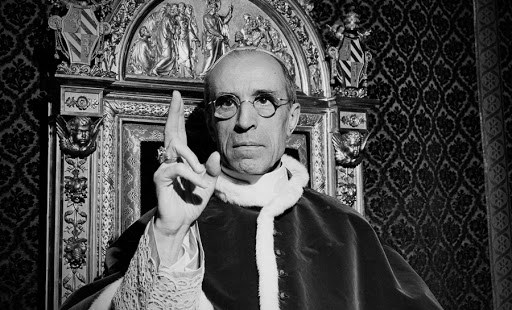 A personal acquaintance of Pope Pius XII and theologian consultant says that the pontiff believed he did the right thing during the holocaust despite knowing there would be controversy.

A priest who knew Pius XII personally and had access to “every strip of paper” in the Vatican archives says the pontiff believed he did the right thing during the holocaust despite knowing he would be questioned.

Ninety year-old Father Peter Gumpel, a former professor at the Gregorio University in Rome for 25 years, was simultaneously appointed as a Theological Consultant to the Congregation for the Causes of Saints and as Assistant Postulator General.

He was personally acquainted with Pope Pius XII, and has met every pontiff since with the exception of John Paul I.

The work that Fr. Gumpel was assigned as a theological consultant was to “examine everything” related to Pius XII and other causes of interest, and to present the information in a “historically and theologically accurate way to the congregation before they start to discuss it,” he told CNA in a Sept. 17 interview.

The cause of canonization for Pius XII was overseen by Fr. Gumpel, who was in charge of the research needed in order to prove the late pope’s heroic virtue.

“I had absolute access to every strip of paper that is in the Vatican archives,” he said. “The period of Pius the XII is not yet accessible to scholars, but as a responsible investigating judge, I had to see everything.”

The priest added that he studied “about 100,000 pages” in documents and correspondence in the life of the pontiff.

In his research, Fr. Gumpel confirmed that there were already some who opposed the Pope’s course of action during the Nazi persecution of World War II in the 1940s, and that Pius XII himself was aware of it.

The late pontiff faced criticism then and in subsequent decades for being perceived as silent or inactive in the face of the holocaust. It is believed, however, that the Pope chose to help the victimized secretly so as not to provoke increased persecution by the Nazis.

“So he was aware that there would be opposition. It is an attitude that any person with higher responsibility has to take.”

Fr. Gumpel recalled how some during the time of the war thought that the Church should publicly react against the holocaust, but stressed that this “was totally useless.”

“Anytime anybody made a public protest, it aggravated the situation.”

“If you find documents from the Polish episcopacy during the occupation of the Germans of Poland,” he said, it was clearly pleaded “‘don’t speak out, it doesn’t help anything, it only makes things worse.’”

“The same happened in the German resistance movement against Hitler. They said, ‘For Heaven’s sake, don’t say anything because it will make the situation, the persecution will be even worse.’”

Pius XII, he emphasized, “knew that this in the future would be misunderstood.”

“People who had no responsibility in government, who had never dealt with a situation like this, would not understand it,” Fr. Gumpel said, quoting a Jewish lawyer named Kempner who defended Pope Pius XII by saying “the only thing to do was to help people in secrecy as much as possible.”

Another aspect of Pius XII that Fr. Gumpel believes is “very much unknown to people,” is the pastoral heart of the late pope.

“He was always presented as a diplomat,” Fr. Gumpel said, referencing the late pope’s natural gifting and service in this area.

The priest explained that Pius XII had been a bright student, and was asked by a high-ranking official of the Secretary of State on behalf of the Pope to come into the diplomatic service of the Holy See.

However, “he wanted to become a parish priest,” Fr. Gumpel noted, stressing that Pope Pius XII was always primarily concerned with the care of souls. He “didn’t want to become a diplomat,” but did so out of obedience.

Among the causes for canonization under Fr. Gumpel’s jurisdiction that have reached the end of the process, meaning the person was approved for beatification, are Mother Katherine Drexel, Fr. Casey, Cardinal John Henry Newman, and Pius XII.