Further Up the Tree? 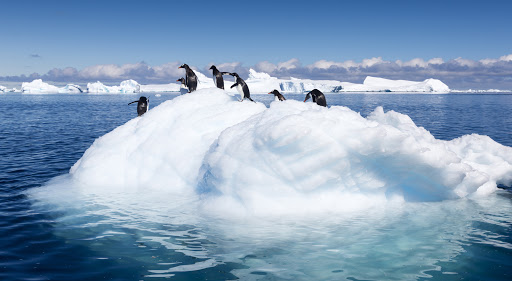 An international panel of experts is more certain than ever that humanity is causing global warming.

A summary report of the latest findings of the Intergovernmental Panel on Climate Change (IPCC) made headlines over the weekend. In an interview with MercatorNet, Canadian journalist and author Donna Laframboise follows up her highly critical appraisal of IPCC chairman Rajendra Pachauri with a preliminary assessment of its new report.

MercatorNet: Waiting for a new report on climate change from the Intergovernmental Panel on Climate Change (IPCC) is a bit like waiting for the World Cup in the soccer world. What has changed since the fourth report in 2007?

Donna Laframboise: Since 2007, there have been two important developments. First, much of the public has moved on. The financial crisis of 2008 was followed by an economic downturn from which many of us are still struggling to recover. Paying our bills and putting food on the table take precedence over hypothetical, far-in-the-future concerns. Any politician who's confused about this will soon be looking for a new job — witness Julia Gillard, who's no longer the prime minister of Australia.

The second development is that many of those still following climate issues are now of a sceptical frame of mind. Back in 2007, the enormously influential WattsUpWithThat.com blog was just getting under way. The internet contained far fewer informed, dissenting voices. The IPCC's new report is being released into a world in which there are now hundreds of climate sceptic blogs. These are being written and read by individuals who insist on thinking for themselves, who've grown wary of drama queen, eco-apocalyptic rhetoric.

This is a very different milieu – one that may contribute to the demise of the IPCC.

After all the leaks, have there been any surprises for you in the Fifth Assessment Report?

These are still early days. All we have at the moment is a politically-negotiated, 36-page summary of what I understand is a 2000-page draft report. That's the IPCC's Working Group 1 report. The findings of Working Groups 2 and 3 are still to come. It will be at least December 2014 before the IPCC has finished releasing its full Fifth Assessment Report (AR5).

I don't see anything earth-shattering here. We've been told, for years, that human-generated greenhouse gas emissions have triggered inexorable global warming. The recently-released, 36-page IPCC summary chose to ignore the inconvenient fact that the average global temperature has actually remained constant for 15 to 17 years (depending on who you talk to).

I've been amused by the reactions of some of the individuals whose opinions I respect. Patrick Michaelscompares the IPCC to a "treed cat" who "climbs onto even higher and thinner branches, while yowling ever louder."

Judith Curry has responded to the notion that IPCC experts are more certain than ever that humanity is causing global warming with the following: "The 95% is basically expert judgment, it is a negotiated figure among the authors. The increase from 90-95% means that they are more certain. How they can justify this is beyond me."

Meanwhile, journalist Andrew Orlowski has written a piece cleverly headlined: IPCC: Yes, humans are definitely behind all this global warming we aren't having.

Are sceptics rednecks? Some American scientists have claimed that they have received “countless” death threats.

Climate sceptics are as diverse a group of people as any you will meet. Many identify with the conservative side of the political spectrum, but others don't. I personally know a woman whom I'd describe as aggressively left-wing, a 100% Obama partisan – and yet she's convinced that catastrophic climate change is a bunch of hooey. On the other hand, there are people in my own Facebook network who are climate sceptics and yet are also part of the anti-genetically-modified foods movement (which means they disagree with high-profile climate activist Bill McKibben on the first matter, yet stand shoulder-to-shoulder with him on the second).

Last year, the Australian Climate Madness blog brilliantly demonstrated that media reports claiming that "Several of Australia’s top climate change scientists…have been subjected to a campaign of death threats" were absolute nonsense. No death threats had actually been made.

So I'm personally sceptical that anyone has received "countless" death threats. Surely, there would have been arrests by now. I think, rather, that we hear a lot of whining from younger climate scientists who seem to believe their research is simply not to be questioned. These people interpret any sort of criticism as an "attack."

That said, the level of vitriol and venom to be found on the Internet — with regard to all sorts of topics — is appalling. Many of us are clearly making online remarks late at night while under the influence of alcohol, or prior to our first cup of coffee in the morning. I'm a big fan of courtesy and respect.

A 2010 editorial in Nature called the IPCC report process "the gold standard for independent scientific assessment." Is it?

I've now written two books about why the IPCC doesn't deserve the public's trust. The first, The Delinquent Teenager Who Was Mistaken for the World's Top Climate Expert, focuses on the organization itself. The second, Into the Dustbin, takes a close look at Rajendra Pachauri – who has been the IPCC's chairman since 2002.

The fact that Nature, which is considered one of the world's premier scientific publications, is blind to what has really been going on at the IPCC is disturbing. Either they're stupid people (and I don't believe that for a minute), or that journal is now run by individuals who see themselves as environmental activists first, and journalists second.

The Fifth IPCC report will be thousands of pages long. It’s bound to contain some embarrassing mistakes. Is it fair to seize on them and damn the whole report?

That depends on the nature of the mistake. Everyone makes honest mistakes, we all have typos in our work. But the IPCC's Himalayan glacier howler (its 2007 report said these glaciers could disappear by 2035), was the result of IPCC authors deciding to base one of their most dramatic conclusions on nothing more substantial than a World Wildlife Fund publication.

There was no shelf of peer-reviewed, academic literature to support their claim. All the IPCC had was an activist-generated document. And its authors thought that was good enough.

This sort of mistake makes it clear there's something rotten in Demark. It tells us that, contrary to all the fawning media stories, IPCC reports are not being written by intellectually rigorous grownups in business attire. Instead, slapdash youngsters with poor judgment and questionable professional standards are frequently in the driver's seat.

The problem with the mistakes that have been discovered so far in IPCC reports is that they always go in one direction. The effect is always to exaggerate the negative effects of climate change, to increase the public's sense of alarm. This suggests that the culture of the IPCC is rife with confirmation bias, that its personnel are predisposed to see only certain things. Which means these reports aren't science. They are, instead, an expression of the philosophical and political beliefs of a certain group of people.

AR5 really should be the last IPCC climate assessment. My own advice to that organization would be: Throw in the towel, boys. The game is up. You had us fooled for a while, but we're wiser now.

Donna Laframboise is a Canadian journalist. Her latest book is titled Into the Dustbin: Rajendra Pachauri, the Climate Report & the Nobel Peace Prize.

Originally published at MercatorNet on 30 September 2013. Used with permission. All other rights reserved.