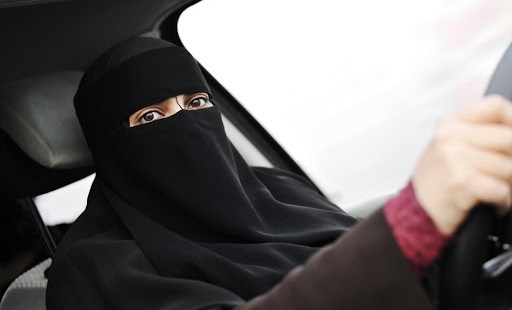 A Saudi Arabian judicial advisor, Sheikh Saleh bin Mohammed al-Lohaidan, has declared that allowing women to drive would put their ovaries at risk, as well as create problems for bearing children.

In the Kingdom of Saudi Arabia only men are permitted to obtain a driving license.

Mohammed al-Lohaidan’s controversial comments come in the wake of a recent campaign set up to end the nationwide ban on women being allowed to drive. The campaign is being supported by prominent women's rights groups, who have been encouraging people to sign a petition which began on Twitter and has so far accumulated 11,000 signatures.

This recent movement by activists is the latest in two decades of various campaigns aimed at overturning the ban.

The ban on women drivers in the Kingdom is imposed by the police by way of both fines and even arrests, with charges usually made on political grounds.

The campaign, which has rapidly gained widespread support from women activists, is preparing to hold a protest on 26 October in defiance of the ban.

The Kingdom of Saudi Arabia blocked the campaign’s website on Sunday.

On Friday, the Arabic website sabq.org published an interview with the conservative Saudi Mohammed al-Lohaidan, a judicial advisor to an association of Gulf psychologists.

In the interview, directing himself towards the activists attempting to end the ban on women drivers,  he stated that these women should put “reason ahead of their hearts, emotions and passions.”

"If a woman drives a car” he continues, “not out of pure necessity, that could have negative physiological impacts as functional and physiological medical studies show that it automatically affects the ovaries and pushes the pelvis upwards."

"That is why we find those who regularly drive have children with clinical problems of varying degrees," he told Sabq.

His comments were not supported by any reference to medical reports or studies.

Sheikh Saleh bin Mohammed al-Lohaidan’s interview represents a widespread conservative point of view throughout the Kingdom on the status of women driving.

However the King of Saudi Arabia, Abdullah, has recently put forward some tentative amendments designed to increase women’s rights a little in the Kingdom. Some of these changes include better employment opportunities, although the issue of women driving has not yet been brought to the table.

The head of morality police, Sheikh Abdulatif Al al-Sheikh, told Reuters however that there is nothing in Sharia or Islamic law that specifically bans women from driving.