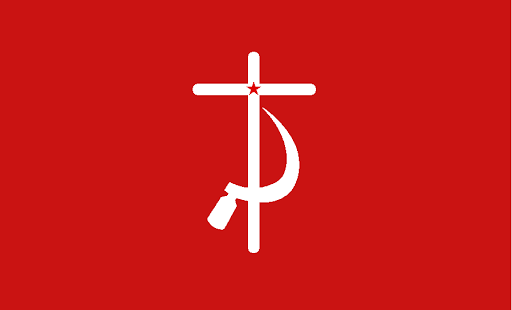 Those who distort the Church’s social and moral teaching to render it unliveable are not more “radical” Christians, but rather the Gospel’s most dangerous enemies.

The fervent discussions provoked by the pope’s recent interview have goaded Catholics around the world to think more deeply about what they believe and why. And that is all to the good. For me, the concerns raised by the interview dovetailed with what I happened to be reading: a work by the brilliant Catholic convert from communism, Leszek Kolakowski, Religion If There is No God, which considers the flashpoints between faith and reason throughout the history of the West. Between the pope’s call for an integral faith that avoids moralism and the tensions that Kolakowski recounts between the likes of Tertullian and Augustine, Abelard and Aquinas, Pascal and Descartes, I have been forced to dig deep and answer some fundamental questions for myself. I’d like to pose them here, to invite some deeper reflections among my fellow believers. In the spirit of my recent Bad Catholic’s Guide to the Catechism, I’ll put them in question and answer form.

Q: Why are you a Christian?

A: Because, out of all the worldviews I’ve ever encountered, the Christian one seems most attuned to human flourishing on earth. It makes the most sense of life, fosters juster societies, promotes the dignity of the person, restrains and undermines tyrannical systems of government, and encourages virtuous conduct, generosity, and kindness. While their record is far from perfect, Christian societies reflect all these values much more clearly than any other. That tells me that those people are on to something.

A: A truthful explanation of who man is, what he’s here for, what’s wrong with him, and how to fix it. Or rather, Who had to come here to fix it, and what we should do in response.

Q: OK… even assuming all that, does that prove that Christianity is true?

A: It’s hard to see how you could prove that a religion is true. I’m not sure that anyone who didn’t meet the resurrected Christ has ever had the kind of “proof” you’re talking about – and even they could have questioned themselves. If Christ appeared to a roomful of atheist psychiatrists today, I doubt that they’d all convert. More likely, they’d put themselves on medication to suppress hallucinations.

Q: But haven’t you had personal religious experiences that serve for you as evidence?

A: As it happens, I have. But so have Muslims and Buddhists. Such things are not proofs but clues. They could all be delusions, wishful thinking, the neurological side-effects of having an Irish-American mother. As Kolakowski points out, there is literally no sign that God could give us which would be so “big” and miraculous that it could prove the vast array of unlikely, even paradoxical assertions entailed in Christian faith.  A skeptical scientist who saw the sun dance at Fatima could find a dozen less implausible explanations than “it’s a miracle! The Virgin Mary appeared here in Portugal.”

Q: So why choose the Catholic Church?

A: Because it has the prior claim, continuity with Christ, a powerfully convincing intellectual account of what the Gospels mean and what they don’t, and a record of faithfully passing along apostolic beliefs – however unattractive to the culture that surrounded it. Also it has produced by far the best body of art, literature, architecture, and music. I’m not sure beauty will save the world, but it makes the place much more liveable.

Q: What could convince you that the Catholic Church isn’t true?

A: Should a pope (per impossibile) get up one day and teach ex cathedra… let’s say… that Mary had NOT been assumed. Or if he solemnly denied any dogma or doctrine that had previously been solemnly affirmed by the Church.